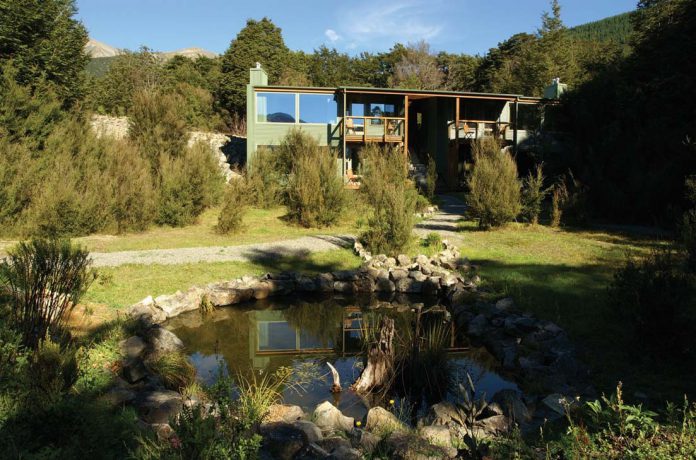 The brief was to construct four new luxury units as part of, but separate from, an existing lodge complex. The site was difficult, with no drive-on access, and all materials had to be craned in from a spot above the site.

The buildings are made of pre-cast concrete panels with suspended concrete floor, then timber framed first floor wall and roof framing, coloursteel roof and wall claddings, double-glazed aluminium joinery and GIB linings with some MDF veneer feature panels. All fittings are luxurious.

The site presented challenges — the building was built into a hillside, with a tanked retaining wall forming the rear wall of the building. The pre-cast wall panels were built, then sized by the design engineer before being lifted into place using a 30-tonne crane. Construction began with excavation of the site while panels were pre-cast in Greymouth.

The weather was unreliable, with several heavy snowfalls slowing progress and making access from Greymouth difficult. In order to speed up construction, all concrete wall panels, prestressed floor units and timber wall framing were fabricated off-site and trucked in and placed by crane.

Roof framing was cut and installed on site. The wall framing, while kiln dried, needed considerable heating to dry once the building was closed in, due to rain and snow. Despite the weather the buildings were completed in the contract period of four months.