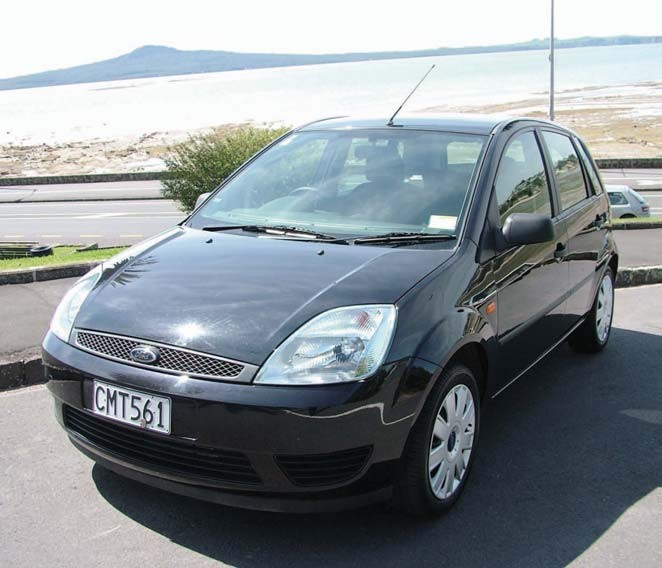 Have you ever done the reception line thing and shaken hands with a whole lot of people? I guess most of us will be familiar with the way different people approach this little routine — some hold on limply, some just brush your pinkies, but eventually someone takes your hand warmly and firmly then gives it a confident shake.

And that feels good. Well, the Ford Fiesta is like that! Over this past couple of years I have had the pleasure of driving a remarkable number of small cars. They began arriving well before petrol started its climb, and they all have a lot going for them. Indeed, the differing merits, or otherwise, of models like the Jazz, the Getz, the Swift, the Audi A3, the BMW 1, the Charade, the Barina, the Mazda 2 (the list goes on forever) all have their pros and cons, and their relative merits have sparked huge arguments around the press bar.

‘Firm handshake’ feeling Oddly, until last week I had never sat in a Ford Fiesta but when I did, I immediately got that “firm handshake” feeling that stood out from the rest. Until then there were two or three small cars so equal they gave me a headache every time some lay person asked my opinion about which model to buy, because each one has good and not so good points.

However, without quizzing the person concerned in depth about their likes, needs and bank balance, it was impossible to give a balanced opinion. Today, that may all have come to an end. I have fallen base-over-apex for “the little one from Henry”. Immediately you step inside it feels competent — yes, that’s the word.

The interior is somewhat serious as befits its Germanic design background and, strangely, I like that. I guess I like to think the manufacturer respects the serious value I put on my money and purchases. Speaking of which, this class of car can cost anywhere between $18,990 and $42,990 — with a huge range of options and prices in between.

Frankly, I loved it and, although by nature I favour big cars, this Fiesta could change my mind. If you buy one for your wife, son or daughter, be careful not to drive it “just round the block”. I promise you, you’ll finish up finding excuses to drive it whenever you can get their keys off them.