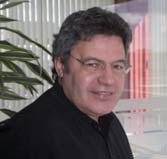 Carpentry apprentices nationwide will compete for the country’s top apprentice titles as part of the construction industry’s focus on increasing the number of qualified builders and improving building standards.

The Registered Master Builders Carters 2006 Apprentice of the Year competition aims to recognise excellence among carpentry apprentices and raise awareness of careers in the construction industry. It has been expanded nationwide this year. Registered Master Builders Federation chief executive Pieter Burghout says the decision to expand the competition is based on its previous success and the benefits of encouraging more people to consider doing apprenticeships in the industry — particularly ahead of the introduction of building practitioner licensing.

“One of the positive consequences of the leaky building crisis has been the renewed emphasis on builder training and qualifications,” Mr Burghout says. Minister for Building Issues Clayton Cosgrove says the competition is a great example of the building industry taking proactive steps to resolve the skills shortage.

“The Apprentice of the Year competition is a collaborative effort to promote excellence in training. “It is a great initiative, and complements current reforms that include the introduction of a licensing scheme to ensure buildings are built right the first time,” he says. Staged for the first time in Wellington in 2004 and expanded to Auckland, Waikato, Bay of Plenty and Canterbury in 2005, this year the Apprentice of the Year competition is being run in nine regions nationwide.

Building and Construction Industry Training Organisation (BCITO) chief executive Ruma Karaitiana says the success of Apprentice of the Year reflects the growing number of people choosing to complete carpentry apprenticeships. “It’s encouraging to see the increased emphasis the industry is placing on skills, competency and experience, and we look forward to that follow-through in the wider building industry.”

Carters marketing manager Katrina Osborn says the competition promotes the high standards that apprentices have to fulfil in order to complete their qualification. “Carters is committed to improving consumer confidence in the sector, and supporting excellence in the construction industry through this competition is a great way to achieve this.”

The competition is open to carpentry apprentices aged 25 years or younger in the year of competition.

Entry forms can be downloaded from www.bcito.org.nz, and are also available from local Registered Master Builders Association offices.

Entries for this year’s competition close soon on July 31.