Home Latest News RMBs give generously to House for Karen 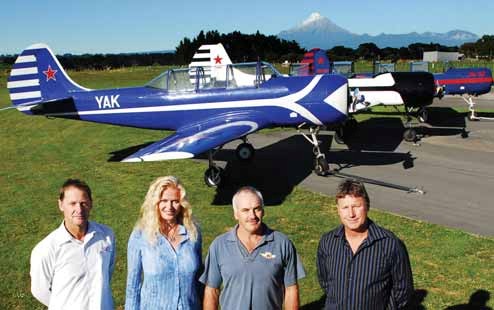 Registered Master Builders from around the country united together and raised a record amount for their chosen charity, New Plymouth’s very worthy House for Karen, at the conference charity auction in New Plymouth over the conference weekend.

The auction, held at Yarrow Stadium on April 19, raised $38,750 thanks to the generosity of RMB members who bid on packages including a fishing trip, a signed Black Caps cricket bat and four half-hour rides in Russian Yak 52 aeroplanes.

The House for Karen is a New Plymouth community project which provides houses that are used as a retreat for families with a member suffering from terminal cancer.  House for Karen trustee Ronnie Van Dillen says he was overwhelmed with the result of the auction. He says the money raised will pay for upkeep and running of the houses, meaning families will be able to stay at no expense.

Taranaki RMBA president Dave Fabish says he was over the moon with the charity auction result, and found the generosity of RMBs and others who bid at the event extraordinary.