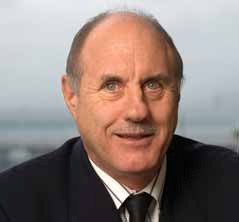 One of the astonishing things I find as I go around the country meeting members, is the general unawareness or misunderstanding of basic contract law. We builders use contracts all the time, and it’s important we understand what they mean for our businesses and how we make best use of the contract terms and conditions to ensure our business’ sustainability and profitability.

The basic elements of contract law are not that hard to follow. At its simplest a contract is a legally binding arrangement between two parties that creates enforceable rights and obligations, and they provide certainty on which businesses can act and allocate risk.

A case in point

There is a legal case which, though not included in the book, was first brought to the attention of RMBF members in 1987. I thought it was well worth reviving it from the archives. Does the contractor have to follow specification, or produce a result?

In the case of Cable (1956) Ltd v Hutcherson Bros PTY Ltd (1969), the client (Cable) called tenders for the construction of the storage bins on reclaimed land. The contractor tendered for, and won, the contract. However, alterations were made to the drawings of the foundation both before and after the date of acceptance of the tender.

An Articles of Agreement signed after the acceptance of the tender date contained the agreement that the contractor was to execute the works shown on the contract drawings and described in the specifications, in a workmanlike manner.

The foundations were then found to be inadequate, and the client purported to cancel the contract when the contractor refused to do the piling work required to secure the bins. The contractor then referred the matter to arbitration.

The arbitrator found that the work referred to in the plans was carried out by the contractor in accordance with the plans and in a workmanlike manner. He found that under the agreement between the parties, the contractor was not required to erect bins otherwise than according to the plans.

The client also relied on a “basis for tender” clause whereby the tenderer guaranteed the efficient operation of the plant for a 12-month period. The High Court on Appeal agreed that the “basis of tender” clause in the specification was only a step preceding the agreement. Even if it was part of the agreement, it was still not operative.

Thus, the High Court ruled that the contractor was not liable for the efficient operation of the plant. The contractor had promised no more than to carry out the specified work in a workmanlike manner. As the arbitrator had ruled that this had been done, the appeal by the client was dismissed.