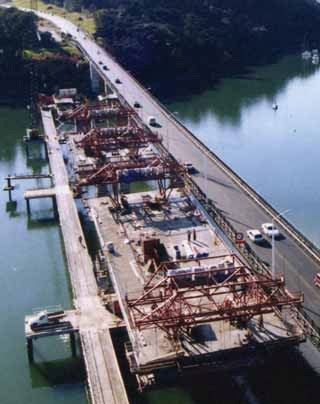 Geothermal energy, a regional landfill, a European Aid bridge for Fiji and a stunning new addition to the Auckland Museum were the top winners at the Innovate NZ Awards from the Association of Consulting Engineers NZ announced recently.

The awards are made by the association each year to projects that show innovation in engineering design as well as exceptional service to the client. The four Gold winners this year show that New Zealand engineering is world standard.

The Tauhara Geothermal Heat Plant, by Dobbie Engineers for Contact Energy and Tenon, is the first heat exchange plant in New Zealand to use the liquid and steam part of geothermal fluid.

The heat plant is used to dry timber at the Tenon plant in Taupo. This innovation makes good economic and environmental sense for the plant, with substantial savings in energy costs as well as an increased production for the plant.

In North Canterbury, the Kate Valley Landfill by Tonkin & Taylor for Canterbury Waste Services, is a model for efficient landfill services with minimal impact on the environment.

This project has drawn considerable interest from the community, and had extreme conditions set by the Environment Court to allay any possible fears of contamination.

The service provided by the consultant to their client greatly eased the court process. They also provided longer term benefits to the community, as this state of the art landfill will continue to operate long into the current century.

As the culmination of a long refurbishment programme to the Auckland Museum, construction of the Grand Atrium Project deserves the accolades it has already received for architectural merit.

Much of the architecture would not have been possible without the skill of structural engineers, Holmes Consulting Group, in the excavation work and superstructure design to support the impressive bowl inside the atrium space, and its undulating roof.

The New Rewa River Bridge in Fiji was a joint venture between the designer, Beca Infrastructure, and contractor, Fletcher Construction, for the Fiji government, funded through the European Development Fund.

The New Zealand design was selected as the most workable and cost effective for this project, and has used some innovative construction techniques to realise the end product.


Commended projects at the Silver and Merit levels were: