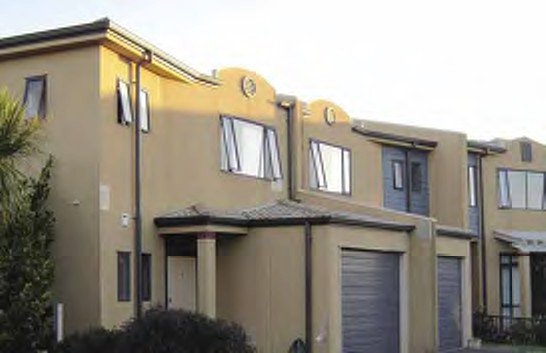 Leaky buildings have been in the news for years now. The options for consumers generally remain litigation, arbitration (or mediation) or the Weathertight Homes Tribunal. Consumers have to factor in the price of failure and, even with success, the legal and related costs to be deducted from any award for repair costs.

For instance, in one landmark case, the claimant in the High Court was awarded $367,356, but legal and related costs ate up $169,000. The option of a private building guarantee depends upon contracting with a builder member of a building organisation such as the Registered Master Builders Federation.

The original Hunn Report in 1994 briefly mentioned insurance issues for defective construction, lamenting there was none in New Zealand, and that in Australia there were doubts about its continuance given the reinsurance market.

Last year the Government was to look at the issue through its Department of Building and Housing but nothing has been produced to date. In Australia the construction industry was generally concerned about insurance schemes in various states that were seen as last resort cover schemes. The exception was the statutory compulsory cover in Queensland for licensed builders.  The Queensland model

Queensland has a system for licensing builders (as New Zealand is now undertaking) and for domestic building contracts a statutory insurance scheme (akin to compulsory insurance for motor vehicles). The statutory agency reinsures a significant part of its risk.

The compulsory aspect of the insurance scheme is ensured by a requirement that building approvals must not be issued unless satisfactory evidence is produced that the appropriate insurance premiums have been paid by the building contractor to QBSA or its agent (the local government authority) before the building work begins.

The statutory scheme should provide an in-built certainty of compulsory cover. This is an advantage over guarantee schemes run by trade groups where, if a trade member fails to provide the guarantee or fails to send it to the guarantee administrator the guarantee will likely be rejected.

Commercial or industrial premises are excluded. Some grey areas exist such as where a building is being renovated to be used for accommodation and as a private home. In one case a policy was voided when the consumer made a claim on defects with a mixed purpose building. Surely the consumer with a statutory-based certificate of cover shouldn’t find out months to years later that cover is void and valueless.

The gatekeeper needs to make a decision that’s binding, even if it makes a poor judgement. There could be a default option giving the statutory insurer 14 days to reject the cover (as not being “residential” work).

The statutory insurer has a web site with advice for consumers who have a policy. If they don’t know they have a policy (perhaps as a subsequent purchaser) they can request a search, but it costs money and takes time for the insured to advise. This aspect could be improved by allowing the public to search any property or name to find out the information.

Category 2 defects are faulty or unsatisfactory work (not being a Category 1 defect) because it fails to meet reasonable standards of construction or finish, or causes a “settling in period” defect in a new building.

There are different time limits for each category for a claim to be made. The insurer pays the reasonable costs (as determined by the insurer) of remedial work. The insurer may also pay the insured storage and accommodation costs if the building needs to be vacated for the work to be done. It may decide that, rather then having the work rectified, it will pay the loss in value if remedial work is deemed unnecessary or unreasonable.

• It also covers subsidence or settlement. Unlike a standard insurance policy for event-based contingencies, when a claim is made the insurer writes to the builder and owner encouraging them to resolve the dispute without the intervention of the insurer.

The advantage of the scheme is that it allows subsequent owners to be covered by the statutory warranty which is not in a contract normally available to subsequent purchasers. This removes the difficulties in sheeting home responsibility where the builder is unwilling, or has disappeared or is insolvent. This is despite the warranties set out in the Building Act 2004 in New Zealand which appear to allow subsequent owners to sue subcontractors under the original building contract.

Even if practicable, it would be costly and time consuming compared with insurance. As with any type of insurance, the insured must comply with the terms and conditions of the policy. Next month: The fine print in statutory policy. • Mr Thomson teaches law subjects at The Open Polytechnic, and has a particular interest in construction law, having worked for the Registered Master Builders Federation some years ago.