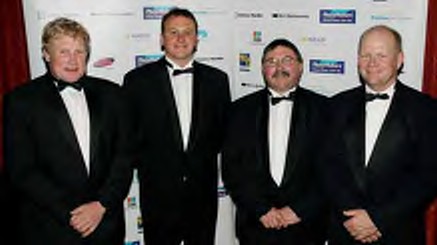 During June I attended both the Southern Region and Tauranga RMBA House of the Year and Commercial Project Awards events. Clearly our members are using this programme very proactively to benefit from the publicity and recognition it brings — and rightly so.

With the market in many parts of the country “bouncing along the bottom” it’s more important than ever to reinforce to our current and potential clients the credibility behind using a Registered Master Builder, and the point of difference that fine workmanship brings.

As much as I was very proud to see the immense effort put in by owners and builders, much recognition needs to go to the machine behind this competition — being the national management committee, judging panels and the regional event coordinators and their organising committees.

Invercargill hosted an immaculate Southern Region event with a perfectly run plan — so well done Vicki Popham and her team. In Tauranga, I looked on with pride and awe at the level of entries and the resulting 27 Gold awards.

Never have I seen a market that exemplifies the benefits of tough competition, innovative design and creative marketing. Well done Lani Christensen and the crew from Tauranga! By the time you read this, at least eight of the 20 regional events will have been held. I can’t say enough about the awesome work and commitment to professionalism by all of the people behind what is the premier industry awards programme.

Also, recently at the Nelson AGM, we had the pleasure of welcoming Liz Cadogan as the new president. Liz is only our second-ever female president — with Auckland pioneering with Diane Phillips in 2004 and 2005.

I’d like to take this opportunity to thank Andrew Eggers for his steady stewardship of the Nelson RMBA for the past three years.

Finally, on a sadder note, I was honoured to attend a celebration of the life of John Sherriff who, on 14 June, lost his eight-year battle with cancer. To Paddy and family, thank you for the precious time you allowed John to share with us.

Thank you also to Blair Cranston for the eulogy on our behalf. John was a long-time advocate and well respected member of the RMBF. Those of us who had the privilege to know him will miss his grin and always timely advice.