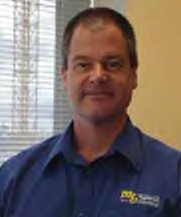 I thought I would focus my second-to-last Chief’s Chat on the role of the RMBF as an industry Association, both generally and more specifically. I have had cause to reflect on this many times over the years, both as a chief executive of an industry body (Northland Federated Farmers, Contractors Federation and, latterly, RMBF), as a manager of policy formation for the Government (Ministry of Forestry, Department of Internal Affairs), and while doing some studies for my Master of Business in the late 1990s.

And through it all, the key theme has been that the role of an industry association is to help its members run their businesses profitably and sustainably. Unless an association is adding value to that particular objective for its membership, then it will disappear and die.

In the case of the RMBF, we have been doing that “value adding” for some 116 years (yep, that long!), and I am absolutely certain we will be doing that for another 100-plus years! More specifically, what does “helping members be profitable and sustainable” mean?

• It means we work with the Government (and related agencies) to ensure the rules and regulations the construction industry operates under are fair and reasonable. And certainly, we have been doing heaps of that in the past three or so years, particularly in the areas of building practitioner licensing, the Building Code, Building Consent Authority accreditation and product certification.

And as well as the rules and regulations, we also work with the Government on the general status of the economy — on such matters as interest rates, immigration levels and housing affordability. I should also note that the mandate of the RMBF has never been to seek “unfair advantage” — just a fair and reasonable playing field so that good builders can operate with certainty and consistency.

• It means we look to generate a strong level of leverage around the Master Builder brand. Programmes such as House of the Year and Apprentice of the Year do wonders in that regard, driving consumer awareness of, and preference to, Registered Master Builder companies. Reinforcing brand quality Our Master Build Guarantee product also has a key role to play in reinforcing the quality of the MB brand and the workmanship of members. And as well as these formal programmes, we also do a lot of work to generate unpaid media coverage as well — worth some $4 million annually to the RMBF.

• And it means we drive as much direct membership benefit as we can, through such things as member discounts, services, information, networking and training. We know that if members fully utilise the level of products and services available to them, their membership fees would easily be paid each year, perhaps many times over!

For the smart readers of this article and who know a little bit about the RMBF and our business strategies, you will see that the above three bullets nicely match our three core business plan objectives — Membership Advantage, Brand Strength and Industry Champion.

Through these strategies: • we have continued to drive positive membership growth for each of the past three years, while maintaining a focus on quality and not just growth in numbers for its own sake.

The RMBF continues to represent members who are responsible for 65% of the annual construction dollar spend each year — ie, $8 billion out of a total value of $12 billion annually.

Looking at just two recent value adds for members — an electronic subscription service with Standards NZ, and our Master Group KiwiSaver plan with Tower — used fully, these save members (and their staff) significant dollars per year, and are just a small part of our overall value offering to members.

And around half of all media mentions on the construction sector refer to Registered Master Builders in some shape or form, which is just great! • we have had some critical policy wins with the Government, particularly in the area of building practitioner licensing. In some other areas, we estimate that the work of the RMBF has saved the construction industry millions of dollars each year.

So, I stand back from the role I play at the Federation and reflect on the value an organisation like the RMBF can add to the construction industry. As I have noted before, we have been doing this value add for the past 100-plus years, and I know the organisation will be doing the same in another 100 years’ time!