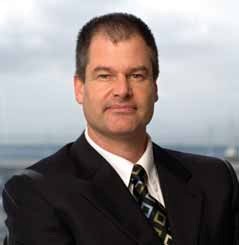 BRANZ has announced the appointment of Pieter Burghout as its new chief executive officer.

BRANZ chairman Graham Coe says Mr Burghout has a wealth of experience in the construction industry, and would be a great asset to the organisation.

“Pieter has proven to be a fantastic champion of the construction industry, and we look forward to him bringing his energy and vision to this role,” Mr Coe says.

“He has played a crucial role in a number of key areas of industry reform in the past three years, such as Building Code reform, the introduction of builder licensing and the nationwide debate around housing affordability.”

Mr Burghout is currently chief executive of the Registered Master Builders Federation, and previously held the same role at the Building and Construction Industry Training Organisation.

He has a law degree, an MBA and is also a qualified builder. He has worked in advisory and leadership roles in government and industry associations.

He is looking forward to Mr Burghout leading BRANZ into a new phase of increased activity in its core areas of product and materials research and testing, and communicating new developments to the industry through its publications and training services.

Mr Burghout will begin his new role on September 1.