Home Latest News I’ve found the backbones of the RMBF! 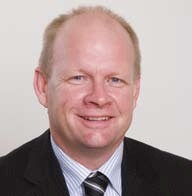 In the past six months, I have been to many RMB Associations, and witnessed the good work happening. A great example is the Little Elms project from the Hawke’s Bay that is featured on page 7 of this issue.

We have 22 associations all operating Registered Master Builder best practice. The executives are elected to represent the membership as a whole who, in turn, elect the Federation to do likewise.

Rather than getting lost in Christmas messages, I will acknowledge some of the outstanding participants of the RMBF and Association work that goes on all year round.


House of the Year and RMB Commercial Project Awards, in association with PlaceMakers

This is a year-round exercise, with preparations for the next year being undertaken before the current year’s national event has even taken place.

There are many people that make this the premier industry event that it is. The regional co-ordinators and association organising committees are all passionate about getting it right from time of entry to the night of their events.

They tirelessly attend to the detail required, and are a credit to the membership, the RMBF and our sponsor family. We look forward to the national results later this month.

The unsung heroes of this programme would have to be the judges. The selfless giving of their time (up to 40 days!) and skill set are generous and awe inspiring.

Good judges are hard to get and we’re lucky to have such a great group. For those wishing to join this elite group judging the best of the best, call Tracey Bree at the RMBF to register your interest in the first instance.

The nbpr/Dazzle Events team works passionately and tirelessly for you all, and in no small way should take credit for the way this event has flourished over the years during their involvement.


Apprentice of the Year in association with Carters

This has to be the feel good event of our industry. Congratulations to this year’s national winner Joe Dobson from Dunedin and the other nine finalists from around the country. The industry’s future is in great hands.

It was great to see the industry and Building and Construction Minister Shane Jones supporting this initiative. It was at this event last year that the new Minister took up his role and what a year it has been!

Twelve months on we can say that we have been listened to by the Minister, and would like to thank him for the level of industry engagement, his longer-than-a-term view and passion he has brought to the role.

We look forward to working with the next appointed Minister in due course.

The members of this committee are the stalwarts of our industry. This group of dedicated gentleman fight the small issues that most of us don’t see coming until the impact is huge.

This year they have focused on builder licensing, restricted building work, the Construction Contracts Act, terms of trade for our members, security of payments, green builder education, and health and safety issues, to mention just a few.

There are numerous others tirelessly contributing to make the construction industry a better place — Jamie O’Leary who is working closely with the Department of Building and Housing as our licensing advocate; Graham Coe who is still across everything from MBS, BRANZ and House of the Year; and John Marshall on MBS and timber standards.

And I’m only scratching the surface. I haven’t mentioned the Boards, but they’re not forgotten.

I have to note that it is not only RMBF members that benefit by this work but the industry as a whole. We have noticed that all too often the voice of the RMBF and Certified Builders are resonating the same sounds as we traverse the bureaucratic path ahead of, and around us.

This was again represented by the joint participation in the Hawkes Bay Little Elms project and Apprentice of the Year finals attendances.

The times might be tough but the goodwill in the industry is priceless, and rewards all those involved.