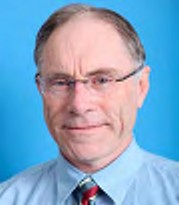 It has been needed for many years, but the time has now come for a national building industry council to be established to self-regulate all sectors of the construction industry.

Currently there are organisations representing different sectors of the industry such as the Registered Master Builders Federation, the Institute of Architects and the Roofing Association, but these do not present a united or well researched voice to Government. Council to take over responsibility from DBH

The solution is to bring together representatives from each sector to form a self-regulatory industry council.The need for this is becoming widely recognised, and it must be more than a mouthpiece. It must take some or all of the responsibility currently vested in the Department of Building and Housing (DBH), but from a commercial, practical point of view.

Each sector of the industry would have its own association, and the industry council would be made up of representatives from each of these. This group would vote on major changes such as issues surrounding the need for new standards, quality of building and funding for research.

The individual sectors would need support for their own organisations, while money would also be needed for things such as writing up codes of practice and developing new standards. The areas of the construction industry with the greatest need will be the ones to benefit most from the funding. This will be determined collectively by the representatives sitting on the industry council.

All of these changes would then be fed back into the industry training system so there are established standards and codes of practice for all industries associated with building. The change would mean a new role for the DBH, potentially freeing up funding for the new system.

Before the DBH was established, the Department of Internal Affairs had a small staff devoted to the regulation of the construction industry. But because there was no industry association to self-manage and self-regulate, the DBH was created. Its staff numbers began at about 20 and ballooned out to more than 400.

The evidence from across the industry is that this solution has not provided the results needed so we must look at how it was before, but this time put in place a strong industry association that has the responsibility to manage the standards and risks of building practices. Immature approach

I’m sure if such a council was in place six years ago, the leaky building issue wouldn’t have become as serious as it has. It may not have prevented it because New Zealand was immature in its approach to building science in those days.

But a self-regulating industry council would have sorted the problem out faster and stopped the use of untreated timber. For years there has been a lack of effective representation of the construction industry. With the Government now signalling changes to the rules and regulations, here is an opportunity the industry should not miss out on.

A new national building industry council to self-regulate all sectors of the construction industry is needed now.