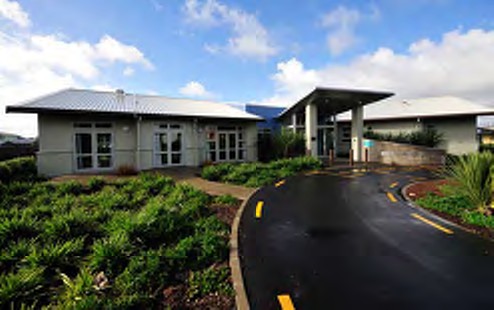 The contract for the Waitakere Acute Mental Health Unit was won by Hawkins Construction through a traditional tender situation. Hawkins Construction manager Steve Richie says previous work the company had done for the Auckland and Manukau District Health Boards was one of the reasons they were shortlisted for the tender, but it was their ability to exceed client expectations that won them the job.

“We were the company that went in saying we could complete the project a month faster than anyone else — and we did,” Mr Richie says. As a specialised health project, the Waitakere Acute Mental Health Unit was inherently complex. The facility needed to be robust and secure, yet had to look good aesthetically and be highly functional.

Matt Fleming was the architect for the project, and his passion for Waiatarau was noted by the Hawkins team. “Matt produced an excellent design but his total commitment to ensuring all parts of the design were functional made the project successful,” Mr Richie says. Constant and open communication between all parties involved in the build also ensured defects were kept at a minimum and the project progressed well.

“We had our usual fortnightly meetings, but were in contact with all major players involved in this project — the architect, the consultants and the client — on a daily basis. We were all passionate about making the project a success,” Mr Richie says. At its peak a total of 70 people worked on the project. Mr Richie’s role was simply to oversee, rather than be directly involved, which he credits to the strength of his team.

“The team that worked on the Waitakere Mental Health Unit had just come off a very challenging project, the Auckland Women’s Correctional Facility,” Mr Richie says. “As a result of their familiarity with each other, and partly because of the challenges they had faced during the construction of the correctional facility, the team managed this project extremely well.”

Mr Richie has spent 25 years working in the construction industry, 10 of which have been with Hawkins. He says the Waitakare Mental Health Unit and the Auckland Women’s Correctional Facility are stand-out projects in his career.

“The correctional facility was challenging from a sheer scale point of view, and so the satisfaction we felt after completing it was immense. With the mental health unit I am really proud of the quality of work we produced, and that the project looks good and is incredibly functional,” Mr Richie says.

With a large portfolio of projects behind them and plenty of interesting ones in the pipeline, Mr Richie says Hawkins’ ability to understand clients’ needs is their key to success. “We work collaboratively to deliver the best results to our clients’ briefs. We involve them and we always focus on solutions. I think these are the reasons why we have a reputation of being easy to work with.”