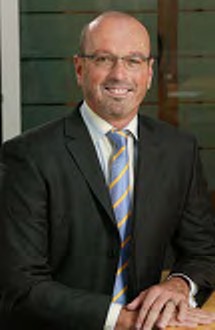 With the Government announcing that builders will have to be a Licensed Building Practitioner (LBP) to undertake restricted building work in the residential sector from 1 March 2012, it is now timely to look in more detail at the current regime and the RMBF’s position going forward.

Presently, the Department of Building and Housing (DBH) is consulting on two documents:

In addition to LBPs, there are also three site license classes and three design license classes. Classes one and two essentially deal with simple and more complex residential construction while class three is really aimed at commercial buildings (ie, more than 10m in height).

Our view is that given the Government’s only need to intervene in a market is due to market failure or if the risk is high enough and, given that this Government has deemed the risk high enough to intervene in the residential sector only, then anything whatsoever to do with license classes or standards aimed predominantly at the non-residential sector should be abandoned.

Therefore, site and design class three should be dropped, along with the consultation the DBH is undertaking when it is looking to introduce minimum standards for steel structures, concrete structures and foundations.

These are commercial buildings and the foundation risks associated with residential can be adequately managed through existing qualifications.

That still leaves two site license classes and two design classes. These should be collapsed into just one apiece, and practitioners should work within their sphere of competence.

It is too difficult and impractical to differentiate between the two classes. For example, many class one designs can become a class 1.5 or two very easily with variations to meet the owner’s requirements.

What then becomes of the designer if they only have a class one license? Do they hand the job over to someone else and the home owner renegotiate from scratch? Similarly, for the site license, contracts entered into at the start can change throughout the build, and even at the start a building can be a class one with a few “interesting” elements.

Does that make it a class two? Would that automatically make it a site two class? These are difficult questions indeed, and if not clear there is potential to cause confusion and misunderstandings.

Furthermore, if only restricted building work can be undertaken by an LBP from 1 March 2012 then does someone with a site license have to engage an LBP?

If so, why are there site licenses at all? Aren’t the risks associated with restricted building work being mitigated by having to have that work carried out or supervised by the LBP(s)?

Why do you need another regime above that? Aren’t they in conflict? Or can the holder of a site license also supervise and sign off restricted building work (just as an LBP can), even though it may not be done by an LBP?

We agree that implementing a licensing regime is overdue, but at the end of the day the system has to be understood by practitioners and the public, and be simple to operate.

It has to send the right messages to reinforce correct behaviours right throughout the building process, including decisions made by the home owner.

If the Government intervenes too much and tries to completely protect the property owner by implementing a fool-proof regime, then the system will fail. No system is that good.

Quality decisions based on quality information are imperative, and if individuals are armed with that knowledge then half the battle is won. We look forward to continuing to work with the Government to implement a licensing system that is simple and fit for purpose.