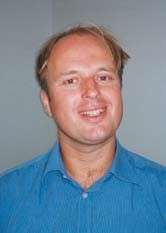 Tim Bates and Suzie Matheson of Auckland law firm Legal Vision examine a case where a payment claim process does not comply with the Construction Contracts Act.

The High Court decision of Foggo v R J Merrifield Ltd (CIV-2009-409-000605) recently considered the statutory process for payment claims in a case where the payment claim and response both failed to comply with the requirements of sections 20 – 23 of the Construction Contracts Act 2002 (CCA).

The decision examined the significance of the errors in the payment claim and the response, and the availability of a summary judgment as a course of action.

The Foggos — the plaintiffs — entered into a written building contract with Merrifield for the construction of a residential house. Under the terms of the contract, progress payments were to be made on a fortnightly or monthly basis.

The case centres on four payment claims issued by Merrifield. In response to the first of these payment claims, the plaintiffs paid Merrifield $70,000 (not the full amount of the claim) and sent an email raising a number of concerns about costs.

Relying on the payment claims and the fact that no further monies or responses had been received from the Foggos, Merrifield issued proceedings.

The District Court Judge found the Foggos had no arguable defence, and entered summary judgment for Merrifield for the outstanding amount of the payment claims, together with interest and costs. The Foggos appealed.

The payment claims issued by Merrifield were not in the form prescribed by the CCA. Justice French found three main errors in the documents.

The first, relating to the title of the document, was considered a technical quibble or typographical error. However, the remaining two errors were considered substantive enough to invalidate the payment claim.

Schedule One of the Construction Contracts Regulations 2003 prescribes the form this explanation should take. Merrifield’s explanation did not comply in all respects with the form.

The Judge held that the two errors relating to the explanation were enough to make the document confusing and potentially misleading. He did acknowledge that a degree of flexibility should be allowed with payment claims.

However, given the sudden death nature of the special payment procedure, he stressed the importance of providing a clear and unequivocal statement of the consumer’s rights and obligations.

All four payment claims issued by Merrifield contained the same errors in the explanatory note. The special payments procedures were, therefore, held not to apply to any of them.


Emails as a payment schedule

Although the appeal was dismissed on the basis of the invalid payment schedules, Justice French did consider the extent to which an email amounted to a sufficient payment schedule.

The content of the email dealt with some of the reasons why the Foggos were dissatisfied. However, it failed as a payment schedule because it did not expressly state the amount the Foggos were prepared to pay.

The Foggos contended that they were not prepared to pay any more, and that this could be implied from the email.

However, Justice French disagreed, indicating that the Foggos should have said they would not pay any more, or when paying the $70,000 less than the full amount, they should have indicated that this sum was their proposed amount.

Merrifield was not entitled to summary judgment under s22 of the CCA because it did not serve valid payment claims on the Foggos.

The District Court decision was, therefore, set aside.