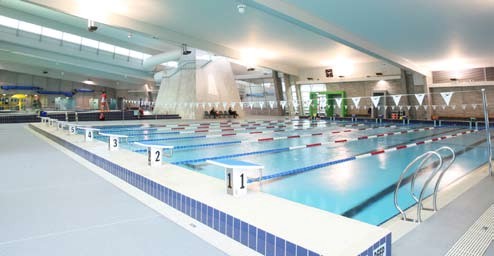 The construction of a large swimming pool complex for the Queenstown Lakes District Council was always going to turn heads, but Naylor Love (Central Otago Division) has done more than that with Alpine Aqualand.

The complex in Frankton, Queenstown, was deservingly awarded the RMB 2009 Commercial Project of the Year. Alpine Aqualand boasts a number of impressive features, including a 25m lap pool, separate learners and toddlers pools, a large leisure pool linked with a 37m-long “lazy river”, two hydro slides and a “mountain” with a waterfall streaming into the leisure pool.

Naylor Love contract manager for the project Nick Cournane says Alpine Aqualand was one of the most complex jobs the company has taken on in the Queenstown region. “There were plenty of jokes around the office about whether it was possible to complete the project!” Mr Cournane says. “In all seriousness, we knew the project was going to be extremely challenging from the outset, and that we’d need all hands on deck to ensure we were delivering a top quality complex.”

All hands on deck couldn’t have been more true. He remembers that “literally everyone in the office had a part to play on the Aqualand Project”. Naylor Love won the tender, but was required to submit further cost breakdowns that were subject to negotiation by the council. “The client was focused on achieving an environmentally-friendly and economically-feasible complex. We, together with the project architect, ASC Architects, engineers LHT Design Ltd, and the council’s project manager Ken Gousmett worked hard to make this possible,” Mr Cournane says.

Naylor Love was given a tight but achievable time frame of 16 months in which to complete the construction. The project’s foyer had to be complete for the 2007 winter festival and, despite some issues with heavy snow, this and the rest of the project were both delivered on time. Mr Cournane says with the appointment of the project team — Rob Darby as project manager and Chris Jackson as site manager, the project plan developed considerably from the original, as did Naylor Love’s construction technique.

“A couple of months into the job we saw a number of areas where we could achieve efficiencies and, as a result, altered the way we were constructing the complex,” Mr Cournane says. The success of the project was due to the close coordination of all the major players in the project team — Naylor Love, ASC Architects and LHT Design Ltd — and the teamwork of Naylor Love with its extensive number of subcontractors, including filtration specialists and other specialised subtrades.

The whole Naylor Love team was rapt with its big win at the RMB Commercial Project Awards, but particularly site manager Mr Jackson. Mr Cournane says out of all the major projects the company worked on in recent years, it is particularly proud of the Alpine Aqualand project. “It is a top quality facility and it will be around for community use for years to come. It feels good to drive past and know we made it happen.”