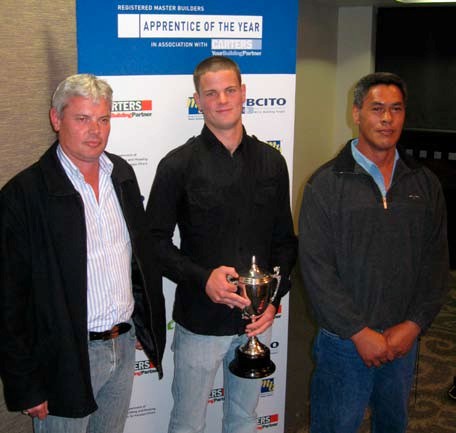 Alex also placed second in the recent Apprentice of the Year competition for the Waikato region. His employer, Livingstone site manager Neville Davy, describes Alex as a team player who works hard and is not afraid to tackle any task head-on.

BCITO training advisor Graham Boswell says he is a confident young carpenter who is developing into a great leader, and who leads by example. Alex believes his attention to detail and dedication to excellence stands him in good stead for his future in the industry.