Home Apprenticeships Proactive apprentice gets ahead 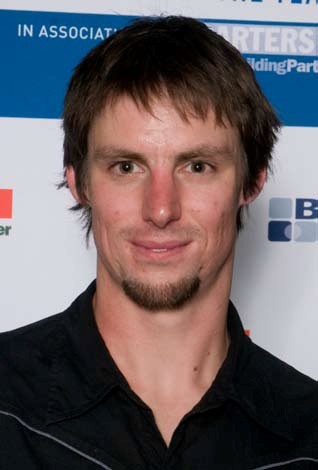 “I was surprised at my success but knew I’d given it my best shot, so I had a bit of faith that I might do all right,” Justin says. But Justin wasn’t always planning to be a builder. He started out studying to be an electrician and had a part-time building job over the holidays. When he completed his studies he returned to his part-time “hammer hand” job with GV & BR Membery and realised building was what he really wanted to do.

“I decided that electrical work wasn’t really my thing. I love being outdoors and I’m often using my hands on a wide variety of projects,” he says. Justin’s boss Graham Membery offered him a building apprenticeship at the end of 2006, and he completed his training in mid-2009. He says he was always going to enter the competition towards the end of his apprenticeship, but his BCITO training advisor and his boss “gave me the extra encouragement to see it through”.

“I put a fair bit of time into my entry form and had a couple of goes at drafting the answers before completing the final form to make sure I got it just right.” He says winning the Waikato Apprentice of the Year was a real buzz, and he found the awards night a lot of fun. “I was a little nervous at the local event, but in the end I really enjoyed myself,” he says.

All regional winners in the 2009 Apprentice of the Year competition received a prize pack, including participation in a specialist Outward Bound leadership course, and either a study grant of up to $2000 in value or a Carters voucher for a substantial purchase valued at up to $1500, along with tools and a set of building codes from the Department of Building and Housing. “I was really happy with my prizes — I needed a bunch of new tools at the time so they were perfect,” Justin says.

“The prize I am most excited about is the Outward Bound course. I have talked to past apprentices who have done this course and they’ve raved about it — I can’t wait!” Justin says he would strongly recommend anyone who is training in the industry to enter the Apprentice of the Year competition because “they’ve got nothing to lose”. “I knew a bunch of really talented apprentices who had the potential to go somewhere in this competition but they didn’t bother to enter. That’s why my success means something — I’m not only a good tradesman but I’ve got the drive and ambition to really make something out of it.”

Entries for the 2010 Apprentice of the Year will open the week commencing 5 April. For further information go to www.masterbuilder.org.nz, www.bcito.org.nz orwww.carters.co.nz.