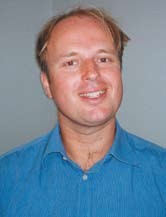 The Bacics, recent immigrants to New Zealand, purchased a unit at the plan stage, in a group of eight that were constructed between 1998 and 2000. They moved into the unit prior to the completion of construction and before a Code Compliance Certificate was issued.

The Bacics experienced problems with the property from the day they moved in. They lodged a claim with the Weathertight Homes Resolution Service and, ultimately, their adjudication claim was heard on 13, 14 and 15 May 2009. A final determination was entered on 11 June 2009. The unit was on three levels and was constructed of kiln-dried, untreated timber framing, with exterior walls lined with Harditex fibre cement sheets.

The adjudicator decided that the major contributing factors to the dwelling leaking were: • flat tops and top-dash mounted balustrades, • poorly installed parapet caps, • unsealed fibre cement behind the metal flashings, and • the lack of flashings in the west wall windows.

The council was found liable for negligent inspections, and was ordered to be severally liable to pay 100% of the $232,000 ordered in favour of the Bacics. A finding of liability was made against Mr Lake on the basis that he was negligent in assisting and/or supervising the installation in the west wall without any flashings, and in failing to ensure that they were installed so that they were weathertight.

On this basis, he was held to be liable for one-third of the remedial costs and 27% of the consequential losses and general damages. It was this part of the decision that Mr Lake brought the appeal on. In reply, the council brought a cross-appeal alleging that instead of Mr Lake being found partially responsible, the correct decision was to find him 100% liable for the $232,000 award. High Court decision on appeal and cross appeal

This appeal was heard by Justice Asher. First, he considered whether, in fact, Mr Lake owed a duty of care to the Bacics. In order to determine this he had to consider the role of Mr Lake, which he concluded to be that of a co-ordinator, facilitator and, where necessary, a labourer. He was not a man who was applying any building knowledge or expertise to work on the site. He was a former registered psychiatric nurse that had moved on from that occupation into managing rest homes.

It was these skills he applied to the construction process — those being management rather than building expertise. It was held that there was not sufficient proximity for a conclusion that he owed the Bacics a duty of care. It was, therefore, concluded that Mr Lake was not responsible for defects to the deck and the more minor defects. The cross-appeal failed in its entirety.

The appeal related to the finding that Mr Lake was responsible for damage to the west wall. The adjudicator, despite finding he had not assumed responsibility for the construction work, thought he did have responsibility in relation to the windows that were installed in the west wall. Justice Asher was concerned at this finding, and went back to examine the evidence that was heard at the adjudication.

It was his overwhelming conclusion that Mr Lake’s involvement was as a helper, co-ordinator and labourer. “His attendance on site was incidental from the Bacics’ point of view. It could have been any person who arrived to put in the windows.” Justice Asher concluded there was not the requisite assumption of responsibility for weatherproofing issues in respect of these windows, such that a duty of care was owed to the Bacics. Adjudicator’s decision wrong

Further, there was no indication of any breach of the standard of care by Mr Lake. He concluded that the adjudicator’s decision to find Mr Lake negligent was wrong. He states at para 54: “The adjudicator’s finding of responsibility in relation to the windows in the west wall cannot be reconciled with her earlier finding (which I have concluded was correct), that Mr Lake did not have responsibility for ensuring that work was done in accordance with good standards.

“The essential nature of his role did not change between the time when he did the main body of work, and when he helped in the installation of the windows. He owed no duty of care and was not negligent.” The appeal was allowed.

This case is interesting in its careful analysis of what activity on a construction site will establish a duty of care. It will not simply be enough to be on site carrying out basic labouring work.

There is a necessary element of assumption of responsibility for weathertighness that is required for such a person to be found liable in a leaky building case. So, in some ways, this decision provides protection to labourers on site with no real building expertise, so long as they do not purport to “punch above their weight” in their on-site role, and take on responsibility for construction decisions.