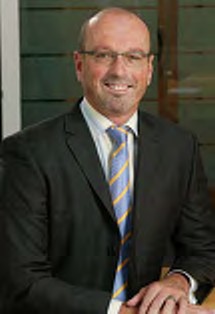 It has now been six months since the Government introduced a more streamlined approach to getting licensed if you already have one of the recognised qualifications. Having said that, there still seems to be a bit of confusion over a few things, including site licenses and when/what licenses are needed. So I thought it would be a good idea to summarise the LBP (Licensed Building Practitioner) scheme. Date: From 1 March 2012 you will have to have a license to carry out “restricted building work”. Restricted Building Work: This is essentially anything to do with foundations, structural work and the water envelope. We are expecting to see draft regulations which will define these in more detail shortly. DIY: There is a DIY exemption for a home owner to do restricted building work without a license on their home (or bach) once every three years. What are the compulsory license classes? • Design: (1: simple home, 2: more complex home, 3: basically commercial) • Carpentry (some overlap with foundations and roofing) • Roofing • External Plastering • Bricklaying and Blocklaying • Foundations (if only doing foundation work). What licenses are optional? • Site License (1, 2, 3) Note: A lot of people seem to think that a site license is compulsory. This is not the case. They also think that if they have a site license then they don’t need any of the others because the site license covers them. This is not the case either. If you have a site license you still have to have an LBP with a compulsory license (listed above) undertake the restricted building work. Can an LBP supervise work? Yes, an LBP can supervise the work but is still accountable should anything go wrong. The LBP’s name will appear on the consent documents. Which licenses are required? This will depend on the job. If it is a simple home with, say, weatherboard cladding and an iron roof, then perhaps only two licenses are needed — one for the design (1), and a carpentry license (which covers foundations, framing and light metal roofing).

Note: These are the only qualifications that will be accepted by the Department of Building and Housing (DBH), so check carefully that yours is one of these. If not then you will have to apply under the non-qualified route. What does a license cost? • License fee $125  • Application fee $80 • Annual fee $170 • Site 1 fee $125 • Site 2 fee $155 • Site 3 fee $200 Prices include GST. Application problems

So make sure you have these things right when you apply. If you need any assistance regarding your application, call the DBH helpline on 0800 60 60 50. Don’t leave it to the last minute to get licensed as the public will shortly start asking if you are licensed, and you don’t want to miss out on work because you are not. Also make sure all your subbies have the required license because if they don’t, you won’t be able to use them after February 2012.