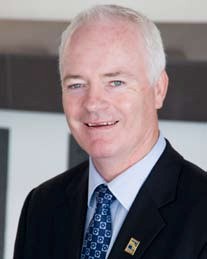 A reminder of the passion of our Associations Generosity and commitment to community causes are strong characteristics exhibited by RMBF members and their supporting suppliers and subcontractors. Even in tough economic times, our members have kept up their sense of doing the right thing for good and worthy causes.

Over the years we have seen charity homes built to raise money for causes such as Starship Children’s Hospital and the Middlemore Burns Unit. We have seen numerous charity auctions and events raise money for fantastic causes such as Kids First and Hospice. This article does not have sufficient room for me to list every example. But the recent effort by the Gisborne Association is worth telling you a bit more about.

Along with RMBF chairman Mike Fox, I attended the official opening of Tui Te Ora, a new centre situated within the grounds of Gisborne Hospital. The new building (approx 330 sq m, with a value of $935,000 and housing a staff of 13 people) is a one-stop shop for treating, supporting and educating people about diabetes and chronic lung and heart disease.

The project was conceived by the Gisborne Association, led by president Kath Kitchen and a management team including association stalwarts Francis Yates, Peter Stevens and Kim Currie. Concept discussions took place in July 2008, construction started in October 2009 and completion was achieved in September 2010. Essentially, with the generosity of Gisborne’s members and their suppliers and subcontractors, this building was built at no cost to the community — a fantastic effort.

The building proudly displays the name of the Gisborne Registered Master Builders Association, which will remain there for years to come. Efforts like this bring people together. Former RMBF national president Francis Yates noted that the project even brought industry competitors together because everyone wanted to be a part of it.

At one stage, virtually every blocklayer in the district was on the site! Mike and I thoroughly enjoyed the privilege of attending the formal outdoor opening ceremony on a glorious Gisborne afternoon.

The opening was followed by afternoon tea, drinks at the local game fishing club and then dinner at a local restaurant — a fabulous occasion. It reminded us of the passion of our provincial associations and the place they have in their communities.