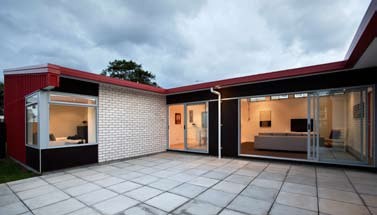 Building and Construction Minister Maurice Williamson opened New Zealand’s first Simple House in Otara, Auckland, recently. The house was designed by Stephen Smith of S3 Architects in Auckland, and has been constructed by Housing New Zealand.

Mr Smith’s design was the supreme winner of the Starter Home Design Competition run by the Department of Building and Housing. “Stephen’s house was praised by the judges for its striking contemporary appearance and its carefully planned design that would make an excellent starter home,” Mr Williamson says.

The Simple House is a government initiative managed by the Department of Building and Housing, and is aimed at making a new house an attainable goal for first home buyers without sacrificing quality or architectural merit. “Simple Houses can be built anywhere in New Zealand, and the layout can be easily changed to suit owners’ needs so residents can get the most of privacy and sun,” Mr Williamson says.

The Otara Simple House has three bedrooms, a large open-plan dining, kitchen and lounge area, bathroom and study. A key feature is an external courtyard that is sheltered on two sides, providing a quiet and safe area for the family and where children can play. Other architects are also building Simple House designs in Wairarapa and Canterbury.