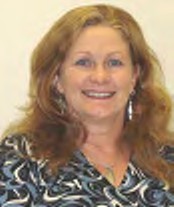 There are times where one party to a contract decides to withdraw from it. If your client decides to cancel, what you do or don’t do can have an effect on your legal position, so it pays to think clearly, put emotion aside and get the process right. Termination The Contractual Remedies Act 1979 is the general law that applies to contract termination. A party will have the right to cancel a contract if the other party “repudiates” it — ie, lets the other party know that it does not intend to perform its obligations under the contract.

In this scenario, the cancelling party, the owner, must notify you as soon as reasonably possible. No specific form of notice is required but, obviously, notice in writing unequivocally stating that they do not intend to continue with the contract makes proof of repudiation much easier.

The Act sets out the basic rules but also parties are free to agree on how and when contracts may be cancelled. The RMBF Residential Building Contract contains provisions dealing with default, and makes the consequences clear to both parties to the contract. What happens next? So, if the owner has repudiated, ie, you have been notified by the owner that it intends not to proceed — or allow you to proceed — with the performance of the contract, then you need to act carefully to avoid losing any of the common law remedies that you have (such as the right to sue for loss of profit on the terminated contract).

The law provides that, when faced with a repudiatory breach of contract, the innocent party — you the builder — has two options — either to “accept” the breach and bring the contract to an end and claiming for damages or, alternatively, to continue with the contract — known as “affirming” the contract.

This choice should be made quickly and clearly communicated to the owner, because if you delay, or if you do anything that could be construed as affirming the contract (for example, continuing with the build), you may be deemed to have made the choice to continue with the contract and lose some rights to damages.

Unfortunately, there are many cases where the common law right to terminate has been lost by the innocent party saying or doing things which the court has considered amount to an “affirmation” of the contract.  Our advice Faced with repudiation of the contract by the owner, make sure you obtain legal advice promptly so you do not jeopardise your position or your legal remedies. Remember that delay in getting advice and making your decision may cost you.

If you need to buy time to consider your position, we recommend you send a “holding” response along these lines as soon as possible: “We refer to [your advice regarding your intention to cancel/facts of the breach of contract], and advise you that this action amounts to a serious breach of the contract between us. “We are seeking legal advice and considering our position, and will reply formally to you shortly. Until that time we must advise you that we reserve all our rights and remedies at law and under the contract, and no step taken by us, or on our behalf, is, or should be interpreted as, a waiver of any of those rights and remedies, or a representation that we will not rely upon them, or as an affirmation of the contract.”

Also, if the owner is clearly unhappy with the contract and has “made noises” about not proceeding or taking you off the job, then you need to go on the front foot and contact them in writing and seek clarification.

You do not want to be painted as the party who repudiated the contract!