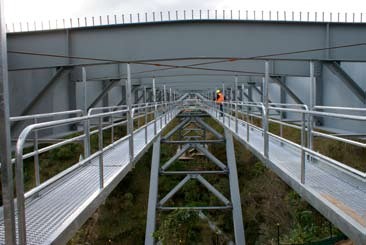 When I first came to Auckland some 50 years back, the only way to take a vehicle to the North Shore was to trundle the 50km around the top of the harbour via Great North Road, Riverhead and the Albany turnoff — or queue for a vehicular ferry.

Devonport was a sleepy backwater. Even if folk had wanted to settle en-masse on the North Shore there were no substantial supplies for the construction industry. Development was slow. But then came the bridge.

Bridging the Waitemata was not a new idea. It had been first mooted in 1860. The notion waxed hot and cold through the Great Depression and a couple of world wars. The reason it never flew was the same that bedevils all major infrastructural concerns in New Zealand — cost.

A succession of Wellington-based governments just did not want to know. The election of John, later Sir John Allum, as Auckland City’s mayor in the 1940s provided a circuit breaker. A post-WWII Royal Commission recommended linking Northcote Point with St Mary’s Bay via a bridge. The proposal was to have four main traffic lanes, plus two additional ones on which the traffic flow could be reversed, and a couple of footpaths.

In 1949, British consulting engineers Freeman, Fox and Partners were engaged and a formal design drafted. Inevitably, central government in Wellington clipped Auckland’s wings. A variety of bureaucratic road blocks were thrown in the way. Sid Holland’s first National Government proclaimed the cost too high and ranked any Auckland bridge well down the list of national priorities.

Allum fought back. He persuaded central government to allow him to try for a loan on the London market, only to be squashed by the British Government. He battled on and finally achieved a loan for an austerity bridge with just four traffic lanes and certainly no footpaths, cycleways or rail links. Work got underway in 1955 with Dorman Long/Cleveland Bridge as contractors.

The piers were built in caissons with the harbour’s mud excavated until each pier settled on bedrock. By 1956 these were complete. The steel superstructure was prefabricated on land in six sections. Each was floated into place on barges when weather and tide were optimal. One main span almost came to grief. It took a 36 hour battle by tugboat captain William Daldy before it could be secured.

The bridge was finally completed three weeks ahead of schedule in April 1959, but with at least three workers killed during its construction. It was officially opened on May 30 by Lord Cobham. On the previous day 106,000 members of the public had walked across it.

In case you have forgotten, it opened as a toll bridge. The money collected paid back the loans that had financed construction. Removal of the tolls became a hot potato come each election. Bribery finally won out in March 1984 when the tolls were removed in toto.

Despite the bridge being built with just four lanes, those devious Aucklanders had ensured the piers were capable of bearing up to eight lanes of traffic. They are far more massive below the tide than they look above.

In 1969, Ishikawajima-Harima Heavy Industries of Japan added the infamous “Nippon clip-ons” — two-lane box girder sections on each side of the bridge to double the number of traffic lanes. As all current bridge users are aware, the clip-ons are less than satisfactory. Not only were they twice as expensive as the cost of an original eight lane bridge, but they have been plagued by problems.

In 2006 they required major repairs. By 2007 their condition saw the first ban on trucks using the outside lane of each clip-on implemented. Subsequently, Beca Group investigated the possibility of their catastrophic failure. Once the novelty and euphoria of the bridge had worn off and traffic volumes had started to grow, most Aucklanders saw the need for a future main second crossing.

However, most politicians were appalled by the likely costs, and hoped the notion would go away, if only during their watch. Any firm proposal was successfully deferred by interminable investigations.

In the light of the events of February 22 in Christchurch, any prompt action on a future, sub-harbour multi-tunnel link east of the existing bridge would seem to be now further deferred. It is not only Transmission Gully and Len Brown’s train set that might end up on the back burner as the resources and costs are found to rebuild Christchurch.

However, Canterbury’s quake has highlighted the need for multiple means of access to and from a city during any major disaster, or in an emergency. At the moment, Auckland’s transport corridor eggs sit in one aging basket. As any commuter will tell you, when a simple traffic incident closes the bridge in rush hour, blood pressure rises, as do road rage and business costs.

It is by no means just about Auckland City. The Harbour Bridge has become an essential link in the State Highway network. All points north and south of the Greater Auckland area are reliant on it to some degree, and by no means least are the members of the nation’s construction industry.

It would seem we badly need a John Allum today. He demonstrated that the one answer to the procrastinations of central government is an overseas loan to be repaid by toll. Perhaps local government needs to again take the lead from the front.