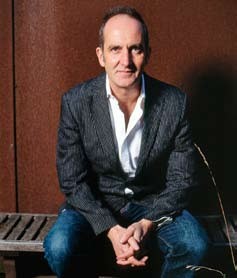 Mr McCloud will share ideas and commentary, with visuals of the work he has been doing in Britain via his company Hab (Happiness Architecture Beauty) which builds highly sustainable and contextual housing schemes.

Drawing on his experience of making Grand Designs for 12 years, he’ll also touch on the problems of rebuilding Christchurch and how places can be repaired after a natural event. He has been involved in the award-winning television series Grand Designs since 1998. His 2009 four-part series, The Grand Tour of Europe, won a Prix Italia, and his two one-hour documentaries about the slums of Mumbai, Slumming It, have also been critically acclaimed.

His other television work includes a series about urban blight, urban regeneration and sheds. Trained at Cambridge as an architectural historian and later as a designer, Mr McCloud now runs a development business, building affordable but beautiful housing schemes to One Planet Living Principles.

His two ambitions remain to entertain and to make the built environment better — and, consequently, to “make people feel better”. “An evening with Kevin McCloud” is presented by Colorsteel, and in association with TV3, Air NZ, Resene and Axxis Steel.