Home Columns Chief's Chat 2012 — prepare for more of the same 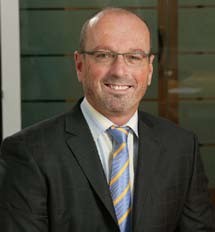 The sector issued about 14,500 new dwelling consents in 2009 and 15,500 in 2010. It is looking like we will end up around 12,000-ish for this year, a drop of more than 20%. Latest consent figures are up and down like a yoyo, so it appears we are currently running along the bottom of a trough, and it is anyone’s guess when we might experience something of a steady recovery.

September figures were 17% down on August which were 17% up on July — and June was the first increase for many months. Lack of activity around the general election and Rugby World Cup will most probably reveal continuing low numbers (I hope I am wrong), so it is looking as if we will limp into 2012 on the back of very low activity.

That does not bode well for a kick start in the new year, and if jobs are not secured now then it will be a very tough start for many in 2012, particularly when you are having to fund the holiday overheads and tax payments immediately after Christmas on the back of traditionally low December and January activity. It is not uncommon for companies to really struggle over this period, so our advice is to prepare for it as survival is paramount. Work looming It is clear there is work looming, and we have spoken previously about the Canterbury rebuild, the Auckland housing shortage (thought to be around 10,000 dwellings), and the financial assistance package for the repair of leaky buildings.

Add to that the recently released Auckland City Draft Spatial Plan, which has identified that Auckland City will require some 400,000 dwelling units over the next 30 years to accommodate its growth.

That’s more than 13,000 per annum, and the region is currently building about 3500 — so, potentially, there is lots of work. It may also be a different type of work, with greater density housing in the form of apartments and the like which, in turn, may see larger companies engaging smaller companies to undertake such big projects — time will tell.

However, overlaying all this is the uncertainty relating to the seismic activity in Canterbury, and whether continued shakes will further delay the rebuilding work — along with the very volatile outlook for the global economy and its affect on New Zealand performance. When people pick up the newspaper and listen to the news on the radio or TV it is no wonder they are reticent about committing to that new home or major renovation

Their personal prospects are viewed with equal uncertainty — will they be made redundant? Will wage rises be low? The whole world could turn pear shaped and New Zealand will follow — what will that mean for me?

Well, what it means for construction is no work and further tough times ahead — except maybe for Canterbury and perhaps Auckland (leaky building repairs and housing shortages). The rest of the country may continue to struggle. But, getting back to 2012 and what will happen. Well, let’s surmise that Canterbury starts in the first quarter of next year (assuming no further earthquake concerns), the Auckland market pressures start to have an impact but the rest of the country is still slow but slowly improving.

If that is the case then by the end of the year we may be experiencing consent numbers at around 18,000 per annum (on a monthly basis), but with a slow start to the year (at current levels of 12,000 per annum) it may give us an average for the calendar year of around 15,000. Concentrated growth But this growth is mostly concentrated in two regions as this is predominantly not a response to improving global economic prospects, but unique local issues instead. However, all predictions are wrong, because they are predictions, and it is anyone’s guess. My only counsel is to prepare for a continuation of the current situation for a while yet, but hope for a better outcome by way of a pick-up sooner.

The regions will continue to be tight, and you will need to be ever diligent in your costings and overheads — and market, market, market your wares, chase every job and be prepared to put in a lot of effort chasing work as it will not just come to you.