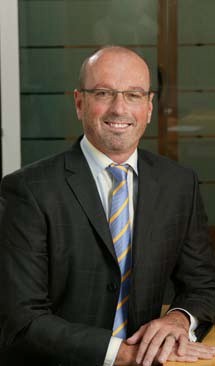 Happy New Year to you all. I hope you had an enjoyable and restful break and that the weather was kind wherever you were. Well, I wonder what 2012 will bring us, particularly after a very tough 2011. We ended the year with a little over 13,500 new home building consents (excluding apartments), the lowest since the series began in 1965.

However, the very end of 2011 and the start of 2012 have shown a slight pick-up in activity so fingers crossed it will continue. Whatever happens, the year will still be a difficult one and, as mentioned in previous articles, close management of your businesses will be necessary and cash flow paramount to pay those bills. March 1 is the introduction of the Licensed Building Practitioner (LBP) scheme and restricted building work. You will note the Government’s “Build It Right” campaign advising home owners of the changes, so you can expect such enquiries to become more prevalent.

I suspect building consent authorities will become one of the main conduits to enlighten the public as plans are presented for consent and contractors are engaged. The LBP scheme brings with it documentation for signing off work that the LBP did or supervised, and a record of work. While many are a little fearful of this due to a sense of greater liability, it is important to realise that you were always liable and culpable for your work anyway.

The regime introduces side benefits though, by way of better records of work. We are not the greatest at keeping detailed notes on just what work was carried out by individuals. As a result, the lawyers have had a field day in suing all and sundry who were on the building site, and individuals (and companies) have had to spend significant amounts of money just to prove their innocence. Many have decided to settle a claim as it has been cheaper to do so than spend the money on defending it, even though they may have been innocent.

This has led to cynicism of the joint and several liability regime, and the Government is reviewing that at the moment. But with better detailed records of work it will be more difficult for lawyers to have a crack at you and where you are clearly not culpable for any damages/negligence based on your record of work. But if a lawyer continues to have a go, then you should be able to seek costs more easily.

On another note, the LBP scheme and associated documentation may well entice insurance companies to look a lot more closely at what professional indemnity cover they can offer. It has been difficult — if nigh on impossible — for individuals and companies to get such cover. This is not surprising, given that in the past anyone could be a builder, poor records of work were kept and the leaky homes scenarios was playing out. However, the LBP system may change that — hopefully.

Building Act changes are also imminent. The first lot has been through the Select Committee and the second set has been introduced into the House and will, no doubt, be referred to the Select Committee in the coming weeks. That will bring another raft of changes that will more than likely be passed this year.

The Government will also be looking to respond to the Commission of Enquiry into the Canterbury earthquake, and some building code changes are already trickling through. A big one will be its response nationally to earthquake matters and what changes, if any, we are likely to see. But that is a work in progress at this time. So I hope 2012 is a prosperous one for you all. It will certainly be one of change.