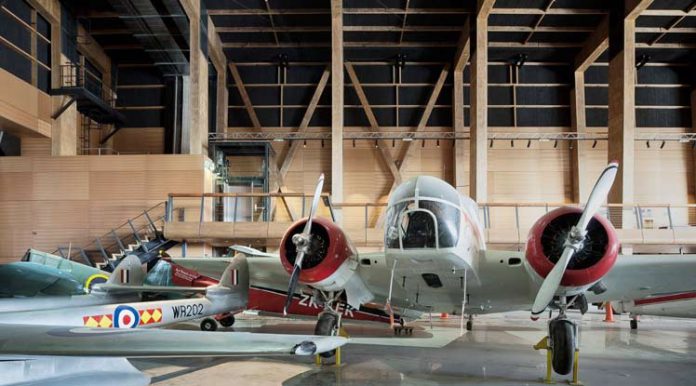 Following on from the array of architecture awards won last year, MOTAT’s Aviation Display Hall in Auckland, which opened last November at a cost of $18.5 million, has picked up yet another gong.

The New Zealand Institute of Architects has awarded the hall with a New Zealand Architecture Award in the category of Sustainable Architecture, which was presented at a dinner at Te Papa, Wellington last month.

The Aviation Display Hall, created for MOTAT by architects Studio of Pacific Architecture Ltd, is also up for the overall winner of the New Zealand Architecture Medal which will be announced at the dinner.

MOTAT museum director Jeremy Hubbard says winning yet another architecture award is such fantastic recognition for the museum and for the exhibition.
“It’s especially significant to have won the Sustainable Architecture award as MOTAT is synonymous with technology, and the award credits the green technology used in the building,” he says.