Home Latest News Defaulting on building supply contracts – the supplier gets the money and... 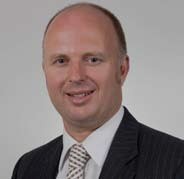 MJN McNaughton Ltd (“MJN”) had manufactured and delivered timber joinery to a building site of a residential building that Nikau Living Ltd (in liquidation) (“Nikau”) was constructing.
MJN was not paid for the joinery and, subsequently, repossessed the joinery which had been stored on the site and not used in the building project.

However, before delivering the final judgment on Mr Thode’s liability under the guarantee, the High Court asked for further submissions from the parties on the application of the Sale of Goods Act 1908 to the contract.
This had a direct bearing on the nature of what remedy MJN would be entitled to (if any) for Nikau’s breach of contract. It was the consideration given to the Sale of Goods Act 1908 by the court that provides useful reading for those supplying materials in the building industry.

Since the parties had not manifested an intention as to when property in the joinery should pass, the default rules in section 20 of the SOGA applied such that property passed when the joinery was “unconditionally appropriated to the contract with express/implied consent”.
In this instance, that occurred when the joinery was manufactured and ready for delivery.
Accordingly, MJN was entitled to sue for the contract price as provided for by section 50(1) of the SOGA (which, in certain circumstances, allows a party to sue for the recovery of the contract price where property in goods has passed).

Mr Thode, having accepted that the guarantee covered payment of the contract price, was therefore held liable to pay MJN the contract price (even though MJN had already repossessed the joinery).
The court went on to find that MJN’s terms of trade gave MJN a security interest in the joinery pursuant to the Personal Property Securities Act 1999 (“PPSA”) which, in turn, provided MJN with the power to repossess the joinery.

What can we take from the decision?

In these challenging economic times, where failure to pay under a contract is becoming increasingly common, and parties may have to resort to repossession and/or litigation, this decision provides a number of useful reminders:
• Contracts for the supply of certain building materials clearly fall within the ambit of the SOGA which has significant implications for the types of remedies available for the non-defaulting party.
• While the PPSA has been in force for more than 10 years, many still do not appreciate the powerful rights this legislation confers, particularly when it comes to repossession of goods (even though property has passed). If terms of trade do not have proper provision for the PPSA, they ought to be reviewed.
• When contracting with a company, it is important to insist upon a personal guarantee so that there is some assurance of payment if the company defaults.

Note: This article is not intended to be legal advice (nor a substitute for legal advice). No responsibility or liability is accepted by Legal Vision to anyone who relies on the information contained in this article. For further information about this month’s topic, please contact us and we will be happy to talk with you.