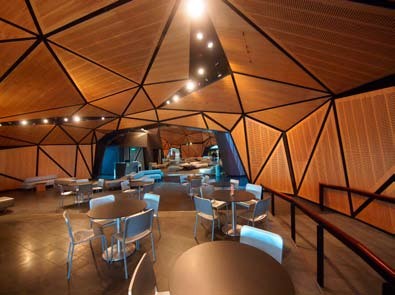 If you’ve completed a commercial project in the past two and a half years, you’ll want to know about a new national awards programme set to enter the market.
The New Zealand Commercial Project Awards — which opens for entries on August 20 — will recognise the best of the country’s commercial buildings and the teams behind them.

“There was a need for a credible, aspirational, whole-of-sector awards programme recognising not only the structure, but the entire team behind the project as well.”
Mr Pritchard says the awards are set to become New Zealand’s leading commercial construction awards programme, and will celebrate and encourage excellence in building and design practices across the sector.

Anthony Leighs of Leighs Construction says the awards are likely to be embraced by the broader industry as an opportunity to showcase the innovative work being done across New Zealand’s commercial property sector.
“I welcome a dedicated commercial awards programme that will acknowledge the entire team behind a project, as well as the property itself,” Mr Leighs says.
“It’s also likely that awards success will see partnerships go on to secure new business opportunities together, which is good for everyone.”

Entrants in these awards will vie for gold, silver and bronze awards, as well as national category wins and the coveted supreme award.
The categories include awards for the best restoration, retail, commercial and civic, industrial, tourism and leisure, education, health and residential projects. There are also four value-based awards categories, ranging from projects under two million dollars through to over $15 million.

Buildings that were completed after February 28, 2010, and have a certificate of practical completion by October 26, 2012 are eligible to enter the awards.

Entries open online at www.commercialprojectawards.co.nz on Monday, August 20, 2012. Entries close on Friday, October 26, 2012, with winners announced at a national gala event in Auckland in May 2013.

This year’s awards programme is sponsored by industry heavyweights PlaceMakers, James Hardie, NALCO, GIB and Allied Concrete.
Mr Pritchard says commercial builders and their construction partners should make the most of the opportunity to show off the work they’ve been doing.
“We have some exciting projects being done in the commercial sector, and this is a great opportunity to showcase it not only to the rest of the industry but to the whole country.”