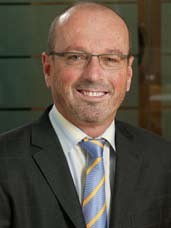 By now you will be well aware of the Department of Labour’s (DoL) campaign relating to falls from heights. I have received numerous comments and calls about it, many in support, many concerned about increased costs and some saying it’s bureaucracy gone mad (though not too many of those).

Here’s a bit of background. The residential building sector is not that flash when it comes to Health and Safety practices, and the statistics associated with serious injury, death or harm (together with ACC-related injuries) are poor and need improving.
Rather than try and deal to everything, the DoL is concentrating on injuries associated with falls from heights, as 50% of all falls are from heights of less than three metres (which is intuitively understandable given the average residential dwelling is less than three metres high at the eave), and 70% are from ladders and roofs.

So the DoL wants to improve performance in this area, and we agree with them. It has spent quite a bit of time working with the sector before the campaign was launched, and it has our endorsement.

Guidelines have been developed — Best Practice Guidelines for Working at Height in New Zealand and Best Practice Guidelines for Working on Roofs. These have been widely disseminated and are available from the DoL’s web site. Additional fact sheets and information have been published, and more is due.
The Department has commenced its campaign and is visiting sites to ensure understanding and compliance and, where necessary, taking action.

So what is wrong with that? Nothing, I say, and the issues that are being raised and the feedback being obtained is good, as the more the sector is aware of it the more traction the campaign will have, and the greater the likelihood of eliminating unsafe practices and sending our workers home healthy at the end of each day.

However, there are indeed some myths that need squaring away, and the Government (including the DoL) needs to be cognisant of the wider environmental issues at play, and the regulatory impacts this campaign and other initiatives are collectively having on builders.

No ‘magic height’
First, a couple of myths: There is no “magic height” where you need to “act” or not. I have heard builders tell me that you must have full edge protection for anything from 1.4 metres to 2.4 metres — so what is so magical about these heights anyway?

Well, nothing, and they are wrong, but that is not the point. The point everyone must understand is that doing nothing is not acceptable. It is irrelevant what the height is, as it is not about the height but about the fall and the consequences of a fall given the situation you find yourself in.
There is no magic one-stop shop solution that fits all circumstances. But what you must do, every time, is identify the hazard and eliminate it if possible. If it is not possible to do so, isolate it and minimise it.

And document that you have been through this process and taken an approach that is practicable. In the end, it is your decision what you do, but this is what is required. Doing nothing, or saying “but we have always done it this way”, won’t cut the mustard. And so it shouldn’t.

All we want as a recipient is a level playing field because problems occur when we don’t obtain that. I suspect this is where the message on the ground is being blurred (for example, the height limits mentioned earlier), and where some of the confusion is.
So we need to take on board that doing nothing is unacceptable, and the DoL needs to be consistent in its approach and message on the ground.
In addition to this campaign, there is a wider issue at play affecting the construction sector that is adding to the level of agitation — and that is when DoL inspectors are trying to implement the falls from heights message and change behaviours.

The residential sector has never had it so bad. It is under enormous pressure and builders are struggling to survive. Housing affordability is a major concern and, thus, keeping a lid on increasing construction costs is a must for builders to remain competitive and afloat.
Many see the DoL campaign as another cost that drives another nail in the coffin of affordability, and adds to the stress that already exists by making new homes even less attractive.

The sector has faced nothing but cost increases over the past three to four years, despite being promised less regulatory intervention, faster risk-based consenting, fewer inspections and, thus, cost and time savings.
The LBP regime has brought with it increased costs, and some TAs are now charging higher consent fees to administer the new regime (in addition to the LBP paying for the license).

Unnecessary stress
Many builders are also experiencing continued delays in consent processing and arranging inspections, and these time delays are putting them under unnecessary stress.
Risk-based consenting was the quid pro quo and, while it is part of the Building Act Amendment No 3, those reforms have not yet come into force. Material prices continue to rise, with increases in timber, cement, steel, copper and other products — and, of course, GST went up as well.

House prices are flat, the market won’t pay any more and 2011 saw the lowest level of residential building activity in living memory.
Consequently, there is a growing sense of frustration in the construction community that nothing has changed and, indeed, that companies are experiencing increasing costs and continued time delays when the market has never been worse.
So when the DoL campaign is viewed in this paradigm, notwithstanding that the message is the right one, it is seen as another cost to add to the all the others heaped on the sector.

The falls from heights campaign should be considered a positive initiative, but I guess it is understandable, given the environment, that it may not be seen as positively as it might otherwise have been had times been better.
This requires the Government to take a more holistic approach to its practices — ie, having a better appreciation of what a sector (any sector) is facing at any point in time, and its ability to accommodate government policy and intervention or additional cost and regulation.

Government departments each have a Statement of Intent (SOI) outlining what they propose to do over the next few years.
So when an industry is subject to some form of oversight by many departments, these SOIs are not co-ordinated.
Rather, they are carried out in isolation when a collective view of the combined impacts is necessary.

Let’s hope the new super Ministry — the Ministry for Business, Innovation and Employment — has a more holistic approach.