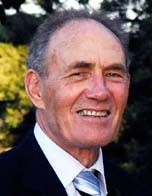 One of the mysteries of modern life is that a TV weather announcer can become an instant celebrity — assuming they are prepared to put themselves about a bit in public — simply by doing their job.
Not that I am proposing that members of the design and construction fraternity aim for the same level of wide but somewhat shallow fame, but it certainly helps to become a bit better known.

Check out the guy who fronts the reality building programme Grand Designs. Style over substance perhaps, but he does get people really interested in design and building.
Yes he seems to take special delight in the potential failure of a project — a sort of building brinkmanship — but in the final programme wash-up he always accentuates the positive.
My only experience of design-build celebrity came some years ago when I was among a group of New Zealand architects attending the UIA conference (International Union of Architects — it sounds better in the original French) in Istanbul.

Six thousand architects within a relatively small conference arena was quite something — the overpowering group ego seemed to outweigh the physical crush of bodies at some venues.
The keynote speaker was Zahir Hadid — check out www.zahir-hadid.com for a truly mind-blowing web site of international projects. Her appearance on stage was led by a gaggle of photographers and reporters that would not have been out of place at a Cannes film festival.

For a good 20 minutes we were confronted by the spectacle of Ms Hadid (yes, in what may seem like a profession dominated by men, Hadid is a woman) being photographed and interviewed by the world’s press.

Never mind the audience in the room. She knew who her true audience was and that was not a bunch of fellow architects — it was readers of newspapers and magazines and watchers of TV programmes.
Right or wrong, it works for her and her company. Obviously it helps a bit that the company produces some really outstanding projects, but as anyone in our industry knows, it’s not the current project but the next one that is important for professional and business survival.
And that requires not just publicity but public acceptance of the value of what we — designers and builders — do.

In this regard we certainly have some catching up to do. Many people still have the perception that architects are too expensive and too impractical, while designers and builders (among others) still suffer from the downside of the leaky homes debacle. If ever a group needed a fresh image it’s us.
So what is our public image and how might we sell ourselves better? First, try a couple of words for size. The first: Value. As long as designers and builders remain stuck in a percentage fee/cost plus/lowest price mentality we will always struggle to be seen as the answer, rather than simply a service to be bought and sold to the lowest bidder.

I’m not sure how true it is today but, anecdotally, architects’ fees are sometimes lower than a real estate agent might charge for selling the damn building after it has been designed and built. There are also more than a few contractors trying to survive on margins of 3-5%.
And how long is it since a client said to you: “simply give me the best” rather than “how cheaply can you do it?”
The second word: Collaboration. In the immediate future designers, builders and all others involved in construction will be forced to truly collaborate. Why? BIM.

The introduction of Building Information Modelling technology will force us to collaborate. And not just co-operate, but truly collaborate to produce the best result for the owner, the building user and the general public.
Combine our collective strength into a collective value offer via a clear and coherent message that we — designers, builders, product suppliers and related industry specialists — can deliver value no one else can match.

Overlooking the perplexing fact that the bi-monthly architecture NZ is produced and printed in Australia, the content, while beautifully presented, is clearly aimed at other architects, not the general public, nor at potential future client groups.
I read in a recent editorial that this particular publication is investigating the use of what can be rather dense and esoteric words and sentences. But I still can’t imagine many future clients seeing much of interest between the current covers.

When I was writing for a range of what are sometimes dismissively called “women’s magazines”, I recall one of my editors telling me not to forget that my audience was a farmer’s wife outside Te Awamutu having a cup of tea in the morning.
Know your message and know your audience — it’s not rocket science but it works.