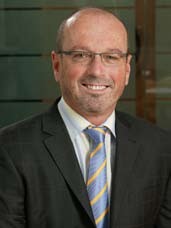 We are already into a fifth year of a construction recession, and much has been made recently about the “Trades Drain” to Australia and the loss of tradespeople and apprentices (which is about 50% of 2008 levels). There have been numerous ideas about how to arrest this problem, including paying the dole dollars if they come off the employment benefit. But, in my opinion, a more holistic approach is required.

Therefore, theoretically we “self regulate” — we train when we have demand and we cut back when we don’t. While there is always a lag, if it is not too great we can cope. So it all makes some sense. But, when we go into an extended recession, just as we are in now, those regimes fail. After five years of low activity we have effectively restructured our sector to cope with low levels of activity.

Tradespeople have left the industry to obtain work and security for their families, and we are not taking on trainees as we don’t have the work to keep them occupied. This is fine at the moment as we don’t need them, but it creates a major problem as soon as the work picks up with any momentum — and we are facing that in Canterbury. Finding skilled workers will be a major problem, and while we can get them from other parts of New Zealand (and obviously from offshore), as soon as activity picks up around the country more and more imported labour will be needed as Kiwi tradespeople will stay at home and work.

Markets are always cyclical, and the Government cannot be continuously handing out money or to support individual sectors during tough times — it’s just not possible. We understand that. But leaving everything up to market forces doesn’t work either, particularly when there is no market for an extended period. We know from history that construction “GDP” swings wildly, and the bigger the dip the bigger the bounce. So when the bounce comes we won’t cope.

So how do you then smooth the waters and retain a base level of skill, regardless of activity levels? The Government, both central and local, are huge procurers of construction services. By virtue of their sheer size they have an ability to influence behaviour and, as such, private companies’ attitudes towards trainees.

When times are tough and we are haemorrhaging skills it wouldn’t be too difficult for the Government to require any company undertaking Government work to have a certain number of employees in training. It needn’t be all the time, but the Government can step in during extended recessionary times and help retain our capability and capacity — not to lose them altogether, and have them available when we need them.

I have not done any figures on what the situation may have looked like had this policy been in place, but it wouldn’t be too hard to estimate, I wouldn’t have thought. It would certainly be an interesting exercise.

In the meantime, we will continue to lose people and not train any when it is the very time we need them the most, particularly in Canterbury.