Home Latest News The year in summary – Off the cuff 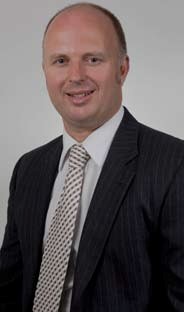 They include: • Does the LBP scheme expand the liability of builders and contractors? Our resounding answer was no, although they will become more recognisable; • It is possible to argue in the context of leaky buildings that a delay by council in the inspection process is negligent? • Employees of building certifiers are not entitled to the protection afforded by section 89 of the Building Act 1991; • Although a discharged bankrupt gets a “fresh start” post his period of bankruptcy, he can still be found liable for historic building work, if the cause of action has not accrued before the expiry of the bankruptcy period; • The Australian courts have held there is no duty of care owed by a developer to an owner of a residential building to exercise reasonable skill and care in the construction of residential buildings, in stark contrast to the New Zealand position; and • Councils owe a duty of care to owners of buildings that are used for non-residential purposes.

This year also marks the second year since the Financial Assistance Package for leaky home owners was introduced. In a recent New Zealand Herald article it was recorded that only 12 pay outs had been made, despite 1232 applications having been lodged via this scheme. In short, the scheme is not achieving the objectives the Government set out to achieve.  As a short history, the first attempt to remedy the leaky building problem was to provide leaky home owners with their own court, that being the Weathertight Homes Resolution Service. That was the 2002 Act.

In 2006 the Government provided leaky home owners with a new and revised court, that being the Weathertight Homes Tribunal. In 2011 the Financial Assistance Package was introduced, but this scheme has become nothing more than a costly and time-consuming distraction for all but 12 home owners thus far. It has always been the author’s view that something akin to the no-fault Accident Compensation Scheme which grew out of the Woodhouse Report in 1972 was, in fact, the proper “big picture” fix to this national problem.

New Zealand has a significant interest in retaining good housing stock, and I would suggest that a scheme akin to a no-fault compensation scheme promotes this end. Lessons have been learned Some lessons will have been learned via the resolution processes provided by the Government, but there still remain so many leaky homes in existence, where the owners have no prospect of recovery such that they can repair.

As for those involved in the construction industry, many have suffered because of the following: • First and foremost there has been a significant slow down in terms of construction work in the past few years; • Councils have pushed back hard on compliance requirements (post the leaky building crisis), placing higher expectations upon builders in terms of meeting the requisite building standards; and • Builders are still regularly being pulled into leaky building litigation for work that was completed at the end of the 90s (time limits allowing).

On the positive side, the construction industry may just be starting to turn in Auckland, and most likely will do so as solutions to the perceived housing shortage come to fruition. Further, the Canterbury rebuild should move well into gear in 2013, so there is some good news at the end of a difficult time for builders.

We at Legal Vision take this opportunity to wish you a Merry Christmas, and a bright and prosperous 2013. Note: This article is not intended to be legal advice (nor a substitute for legal advice). No responsibility or liability is accepted by Legal Vision to anyone who relies on the information contained in this article.