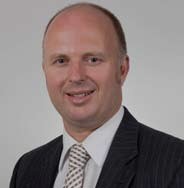 The council was unsuccessful in the Tribunal and appealed to the High Court. In 2000/2001 Mr Lamb had been contracted to install windows on a residential home (which later turned out to be a “leaky home”), including the head, jamb and sill flashings, as well as carrying out other specific work.

He was directly responsible to a project manager and site supervisor who engaged all the sub-trades, including Mr Lamb. The emphasis of the council’s submission was that the Tribunal had overlooked clear evidence that Mr Lamb was negligent in relation to the window flashings, and that had caused loss. The council maintained that Mr Lamb had departed from the technical literature in installing the head and sill flashings, and that this had caused moisture ingress.

The council asserted that the Tribunal had considered a number of irrelevant factors, including the systemic failure of the stucco cladding system and Mr Lamb’s limited role in construction. It was also submitted that the Tribunal wrongly focused on a lack of awareness in the industry generally about flashing systems, and Mr Lamb’s reliance on specific advice of council inspectors and the site supervisor, rather than his particular negligence.

The High Court’s assessment The court addressed all three window flashings separately, namely the head, jamb and sill. Mr Lamb was found not to have been negligent in respect of all three. However, the core negligence allegation centred around whether Mr Lamb had negligently installed the sill flashings. After noting the important role of a sill flashing (as the water flowing from the head and jamb flashings and down the window will end up at the sill flashing), Judge Asher turned to consider the specific works carried out by Mr Lamb in relation to the sill flashings.

That channel would direct the water out of the wall to the outside of the cladding, and the silicone strip would stop it leaking into the building. Mr Lamb maintained that after he had done the work, someone had come along and blocked the drainage channels with sealant or by the application of plaster hard underneath the sill flashing which destroyed the efficiency of the water egress design, and meant that the water would flow into the wall. The Weathertight Homes assessor noted that the relevant Good Stucco Practice Guide (NZS 3604, 1996 edition), did not make any reference to turn-up ends, and that the building industry had not been using turn-up stop-ends on the sill flashings at that time.

The assessor noted that stop-ends were referred to in the September 1998 BRANZ Bulletin No. 375, but that there were no specific diagrams or photographs. Judge Asher was satisfied that despite this reference to stop-ends, it was not common practice to install them in 2000 and 2001. While the court noted that the fact that there is no industry standard on a point is not necessarily conclusive, in the end the Tribunal was right in its decision that Mr Lamb was not negligent in relation to the sill ends, and agreed with the Tribunal that there was no industry standard requiring turn-ups at the ends of the sills.

However, Judge Asher went further and noted that, even if it is now good practice to have these stop-ends, the fact that there was no general expectation for them to be installed at the time was highly relevant to the assessment of negligence. But to be coupled with this aspect was Mr Lamb’s evidence as to the alternative channel system he put in. That was a credible explanation, and it was the sort of system that would be expected to be installed by a competent builder. Accordingly, Mr Lamb had not negligently installed the sill flashings. Comments The negligent installation of window flashings (or a lack of flashings altogether for that matter) are often a cause of water ingress for leaky buildings.

Tim Bates and Chadleigh Danswan of Auckland law firm Legal Vision review a useful decision from the High Court that was released late last year, where a builder was found not to have been negligent when installing window flashings on a residential house.

Combine that with the fact that incorrect flashing installation (or lack of) often gives rise to the need for a significant portion of the reclad remedial works, means that a common defendant to be joined in leaky building proceedings is the construction party who installed the windows and flashings.
Nonetheless, this case highlights the important point for claimants and respondents alike that every case will be considered on its own merits, and the focus remains on the actual works carried out by the contractor onsite and whether those works were, in fact, negligent.

Simply being the installer of the flashings will not automatically result in liability.
Further, it is all too easy (and tempting) to criticise building works and common building practices some 10 to 15 years ago (knowing what we now know).
However, the assessment of whether the acts or omissions of construction parties were negligent cannot be done with the benefit of hindsight. Instead, they must be considered at the relevant time the works were carried out and, importantly, in light of the relevant industry standards and practice that were in place at that time.

Note: This article is not intended to be legal advice (nor a substitute for legal advice). No responsibility or liability is accepted by Legal Vision to anyone who relies on the information contained in this article.