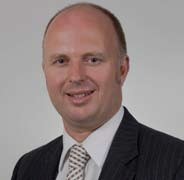 Those specifications were prepared by a firm of engineers, and were the joint responsibility of that firm and the builder (Smeaton). GPL had no contractual liability for the cracking that had occurred and, hence, no liability in contract for the defective construction of the pool deck. Mistake as a breach of contract In respect of the upper deck, GPL had applied a penetrating sealer to the deck. However, following that, it applied a “topical sealant” prematurely. As a result, rainwater was able to get under and lift the sealant.

To remedy that mistake, GPL ground off the sealant and then applied two coats of sealant, thinking that this would be sufficient. It was not sufficient, and GPL sought to go back and apply a third level sealant. However, Smeaton had lost confidence in GPL by reason of the troubles with the pool deck, and GPL was prevented from completing that third level of sealant. Instead, Smeaton had the work completed and sought to recover the cost of that ($25,000) from GPL.

Judge Fogarty started the contractual analysis by noting that where a party breaches a term of a contract, the other party to whom the obligation is owed has a duty to mitigate the loss. Accordingly, if GPL had breached the contract, Smeaton was not obliged to continue with GPL but could mitigate the breach by taking action at its expense, suing GPL in default for the cost.

However, the first step in that analysis involved answering the critical question of whether or not GPL was actually in breach of the contact by prematurely applying the first layer of topical sealant.

Judge Fogarty took a practical approach to this issue, noting that competent tradesmen make mistakes, and that making mistakes is not normally described as a breach of contract. The normal procedure in such instances is for the tradesmen to simply get on and rectify the mistake at their own cost (otherwise the building industry would collapse if every time a tradesman made a mistake the employer brought in another tradesman to fix it).

The judge noted that an employer is not obliged to give tradesmen endless opportunity to fix problems, and if it becomes apparent that the tradesman cannot fix a problem, then the employer is entitled to employ another tradesman to do it. But, in this instance, the court was of the view that GPL would have, in fact, had the opportunity to apply a further coat of sealant and otherwise discharge their obligation to ensure the sealer system performed but for the breakdown in the parties’ relationship over the poolside deck.

The High Court agreed with the District Court that Smeaton should have permitted GPL to complete their contractual obligations, rather than remove them from the job. However, having prevented GPL from doing so, it followed that Smeaton could not claim the extra costs that they took on as a consequence of banning GPL from the site. Accordingly, this contractual claim failed as well.  Personal liability It is noted that Smeaton attempted to claim against Mr Pasquale (sole director and shareholder of GPL) personally in negligence, but this claim was quickly dismissed by the Court.  Conclusion  This decision brings to the forefront some important principles to take into account when considering issues surrounding breach of contract. In particular, it is important to consider whether the obligation that is alleged to have been breached actually falls within the scope of responsibilities imposed by the contract. In addition, a practical approach may need to be given to situations where a party makes a mistake in carrying out construction work under the contract, such that they may need to be given the opportunity to rectify that mistake.  Of course, while not every mistake may necessarily amount to a breach of contract, it is still critical to keep in mind the duty to mitigate loss. NOTE: This article is not intended to be legal advice (nor a substitute for legal advice). No responsibility or liability is accepted by Legal Vision nor Building Today to anyone who relies on the information contained in this article.