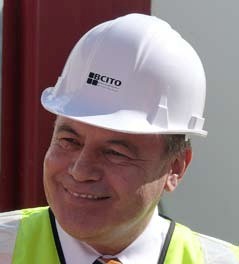 It is quite clear our construction industry is moving out of a long and deep bust period. At the beginning of 2013, we were mourning the fact that we had dropped below 5000 apprentices for the first time since 2003.

Eight months down the track and we have shot up to more than 6000, partially driven by the government’s Reboot scheme, but also riding an industry coming out of recession.
This is not just a “tale of two cities” either. It is true that Auckland and Christchurch are leading the way in total numbers of new apprentices, but most of the country is lifting at the same proportional rate. The consent data largely mirrors this, and most economists are bullish about activity levels for some years.

There is no doubt that for all of us it is good to be on the right side of the economy after several years of recession, but the rapid increase in activity brings its challenges.
The BCITO is currently managing growth. This is definitely a challenge as, at the same time as trying to recruit additional staff, existing staff are being attracted away to roles such as construction management within the industry.

The real underlying task is ensuring we maintain our service to apprentices and employers, while trying to get new apprenticeships underway.
In addition, the funding for ITOs has been reduced during the recession, and at 6000 apprentices we were exceeding the funding approved for us in 2013. Fortunately, we have just been approved additional funding, but it may still not be sufficient for 2013.

We are now in the process of negotiating funding for 2014, but the big challenge in this process is to demonstrate the level of growth which will occur in 2014, and make a convincing argument for the funding required.

Funding goals
ITOs have goals set for funding, and many of them carry penalties if they are not reached. This can run into millions of dollars. During a growth period with large numbers of new apprentices, the risk of penalty increases significantly.

Ironically, the Reboot programme, while good for the apprentices and employers who receive the funding, also increases this risk.
Coincidentally, the BCITO has two other major challenges in play at just the wrong time. The first of these is the Targeted Review of Qualifications (TRoQ) which requires us to review all of our qualifications in the midst of this increased activity.

In reality, there is plenty that is good about this, and we have launched into reviewing Carpentry and Brick and Blocklaying, because they are both important and due for review. However, we are in for at least two years of getting new qualifications approved by the New Zealand Qualifications Authority.
The other challenge is the Government’s determination for more ITOs to merge. The BCITO is determined to remain a construction and infrastructure ITO, so our choices of merger partners are limited.

It is likely that we will have some merger activity by 2014, but the process is complicated and can take a while. New merger partners will also bring with them their own growth challenges and TroQ objectives, and we’ll need to ensure their customers don’t experience any reduction in service.
In the end, these are great challenges to have, to meet, and to successfully overcome.

They are certainly better challenges to face than those we have struggled with during the recession.

All those in the BCITO team are up for it, and we look forward to making our contribution to helping you all meet the various challenges that this new environment is throwing at you as well.