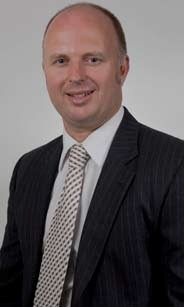 Overview
The appellant, in the case of Aldridge & Another v Hamilton City Council & Another [2013] NZHC 1784, as trustees of the SL and KM Aldridge Family Trust, bought a home (the house) from the trustees of the family trusts associated with the Boes (vendors).

A CCC had not been issued for the house, and the terms of the sale and purchase agreement excluded liability of the vendors for structural soundness.
The appellant bought the house from the vendors around 2006. Following settlement of the sale, the appellants set about to obtain a CCC for the house, which the council refused to issue.
Invasive moisture testing was subsequently carried out, and it was determined that there was non-compliance with the Building Code. The house has subsequently been totally reclad.

The appellants filed a claim in the Weathertight Homes Tribunal on July 7, 2008, against the council, the vendors, the building surveyor engaged by the vendors, and the parties involved in the original construction, seeking to recover the repair costs. The claim was dismissed by the Tribunal. An appeal to the High Court was partly successful and the case was referred back to the Tribunal.

However, the Tribunal dismissed the claim, and the appellants lodged a second appeal to the High Court on the basis that the council had been negligent in not identifying the defects during its inspections of 2000 and 2005.

The council was also criticised by the appellants for failing to note in the council file its reasons for not issuing the CCC.

Was the council liable?
The court held that the lack of identification of all the defects (on its site inspections on January 27, 2000, and February 22, 2005) which may have been able to be identified by visual inspection, did not breach the council’s duty of care.

Accordingly, it was found that the letter sent by the council to the vendors on March 17, 2006, which allegedly did not identify all visual defects, did not support an action in negligence as the council made it clear that they did not have the expertise to assess whether the house was weathertight.

Instead, the officers’ oral communication was made to the vendors directly, which was passed onto the appellant third hand via email.
The email was a hearsay statement upon which the council officers did not have an opportunity to comment on and, therefore, it could not form the basis of the council’s liability for negligent misstatement.

The official council position was recorded in its letter of March 17, 2006. As a result, the appeal was dismissed.

Conclusion
This decision illustrates that the process of obtaining a CCC is more than just a matter of navigating the bureaucracy. And if a CCC is not issued by the territorial authority, this is a good reason for a discerning purchaser not to proceed with a transaction.