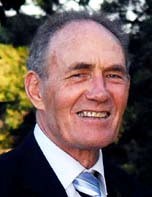 Architect Don Bunting notes that DIY stores are based on the principle that you get the customer in looking for one item and have them leave after buying at least three other things they don’t need.

Mega — apparently the metric prefix for 1 million — is the current prefix of choice for anything that was once just plain big. And nothing deserves this descriptor more than those DIY warehouse stores now proliferating in and around our larger cities.

Not only are the buildings bulky, the signage is always enormous and the exterior colours bright and overstated.

I realised I was not cut out for real DIY — anything beyond a bit of painting or a simple repair job — the first time I attempted to line, stop and paint the interior walls of our 1920s bungalow in Epsom, Auckland.

At that time the only real wall lining choice was Winstone’s Gibraltar Board. The name Gibraltar Board dates from the 1930s and was chosen in a company competition, with a winner’s prize of $20. The name was selected because it stood for strength and permanence, as in the Rock of Gibraltar.

My first DIY experience did not end well. Fixing the plasterboard was okay, but the stopping process was a lot less successful, especially my having to spend the whole of the following week sanding off the rough surface of my poor stopping efforts in just one small room.

Hanging a heavily textured lining paper was the only way I could create a surface suitable for painting.

I occasionally do small, controlled amounts of DIY, which inevitably involves a trip to the closest mega market.

My first real job as a schoolboy was working in a hardware store in Ponsonby. I recall spending most of my time counting out nails into brown paper bags.

The modern DIY super-store bears little resemblance to such traditional hardware stores, with interminable rows of items suited to any project around the home, big or small.

As with all supermarkets, DIY stores are based on the principle that you get the customer in looking for one item and have them leave after buying at least three other things they don’t need.

The signage used is deliberately vague so that shoppers are forced to travel down a few extra aisles to find the item they seek.

And when you do find what you want the choice can be mind-blowing. Even having to choose which sealant, paint or adhesive suits a particular task from the wide selection available can be an exercise in frustration.

You also know when you have finished the repair job you are going to be left with a lot of expensive, specialised product that you will never use again.

With more product placement than a 1950s Hollywood movie, these programmes purport to show how easy it is to produce great results quickly and cheaply, and with only a modicum of skill and application.

Some recent series even go so far as to auction off the completed renovation to show how much money you can make. Yeah right!

I suspect when the cameras stop rolling, an army of tradespeople descend on the set to complete or redo the work.

Our DIY stores have a lot to learn from Swedish master retailer IKEA. IKEA stores are always beautifully and tastefully designed, logically laid out and superbly organised through the selection, paying and loading process.

They also contain super cheap restaurants, children’s play areas and lots of interactive computer-based guides for planning a DIY project and then selecting the items you need.

Ever expanding range of solutions

The stores have an ever expanding range of flat-pack-based solutions, from a free-standing storage unit to a complete kitchen installation. Each flat-pack contains simple diagrams and the hardware and tools required to assemble the item, which can be purchased prefinished or ready for painting or varnishing.

Compared with what can often be cheap and nasty fixtures and fittings sold through most megastores, with paper-thin veneers and economy-class hardware, IKEA strikes the right balance between quality and price.

Add a bit of design flare and a thoughtful approach to sustainability and IKEA leaves similar stores for dead. Founded in Sweden in 1943 by 17-year-old Ingvar Kamprad, the company is now owned by a not-for-profit foundation based in the Netherlands.

IKEA is how DIY was meant to be. Simple, sexy and with a touch of class. Somewhat below top designer quality perhaps, but still well suited to most people’s rapidly changing lifestyles.
Okay, IKEA won’t reline walls, paint ceilings or handle electrical or plumbing work, but today most of us have better things to do with our time.

And with the greatest respect to that small group of fastidious DIYers out there, tradespeople generally do it better — a lot better.

It’s not too much of a stretch to imagine flat-pack houses offering the general public access to good, if standardised, design and value for money.

After all, most of us are more than happy to buy a mass-produced new car, so why not a mass-produced house? Currently, most people have to accept either an existing (i.e. second-hand) home, or one designed off a volume builder’s conveyer belt.

Through the 1960s and 70s volume builders such as Keith Hay and Beasley flirted with the use of off-site fabrication, while Lockwood took it even further with its unique solid-timber construction system.

There are currently no built examples of what might be called flat-pack or module + panel housing produced in New Zealand, but from the number of current concepts around, particularly for bach-type accommodation, this could easily become a reality.

All it would take is someone with the foresight and marketing skills of an Ingvar Kamprad.