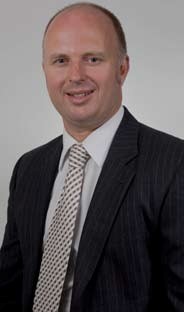 Timothy Bates of Auckland law firm Legal Vision looks at a previous case study where a subsequent Court of Appeal judgement on contributory negligence differed markedly from the High Court’s.


Welcome back readers from your summer breaks. I trust you all had plenty of time at the beach, and the fish catches were of significant proportions.

To commence the year of legal columns in this article, I summarise the appeal brought by Mr and Mrs Johnson in their leaky building claim.

You may remember that in our June 2013 article we covered the High Court decision that found them 70% contributorily negligent for the damage they suffered as purchasers of a leaky building.

It also found that the applicable measure of damage was the difference between the purchase price paid and the actual value of the property in its true condition, including the defects.

Overall, the award made in favour of Mr and Mrs Johnson was in the sum of $370,500 when, in fact, the total loss suffered by them (comprising repairs as well as consequential losses), was $1.925 million.

Both these findings were taken on appeal by Mr and Mrs Johnson. An important factual mistake was identified early by the Court of Appeal in its judgment.

The High Court judge had wrongly concluded that the Code Compliance Certificate did not cover the entire reclad works. The Court of Appeal concluded that it did.

However, on the critical finding of contributory negligence, the Court of Appeal concluded that Mr and Mrs Johnson were aware of the risk that the house was a leaky building. They were prepared to gamble against this possibility.

Critically, on appeal, the court also found that the Johnsons had been negligent in not obtaining a pre-purchase house inspection report. It also concluded that this omission was causative of their loss.

However, it was on the apportionment that it differed markedly from the High Court. I quote in full the pertinent extract from the judgment:

“[93] By contrast to the Byron Avenue case, Mr and Mrs Johnson had the code compliance certificate. But they also had knowledge that the house might be leaky and they went ahead anyway without looking after their own interests. As Ms Thodey put it, they deliberately courted the risk.

If they had taken prudent steps, of the sort they set in train after the purchase, they would have obtained a report which would most likely have led to a chain of events that revealed the leaks and dissuaded the Johnsons from the purchase, or the negotiation of a significant discount.

On the other hand, it is still the case, to use Judge Venning’s language from Byron Avenue, that a ‘major contributor’ to the loss ‘remains the negligence of the council in approving the defective [house] during the inspection process. That has been a major cause of the [house] being built with the defects’.

[46] It is also appropriate, as Judge Cooke observed in Kendall Wilson Securities Ltd v Barraclough, to give some weight to the general impressions formed by the judge.

[47] Judge Woodhouse obviously formed the view that the Johnsons’ level of blameworthiness was high.

[94] When we consider all the relevant factors, we conclude that the appropriate reduction in the circumstances was one of 40%.”

In terms of the other critical finding on the appropriate measure of damage being the diminution in value, this was overturned.

The Court of Appeal ruled that it was not appropriate to consider the claim as against council as akin to a negligent misstatement case.

It considered the claim one made in negligence per se with the cost of repairs being the appropriate measure of loss. In this instance, it was reasonable for the Johnsons to repair their units, and to impose a diminution in value measure of loss would not be fair as between the parties.

The effect of this partially successful appeal could improve the Johnson’s recovery by as much as $800,000.

I note that this matter has been referred back to the High Court for the calculation of quantum.


Note: This article is not intended to be legal advice (nor a substitute for legal advice). No responsibility or liability is accepted by Legal Vision or Building Today to anyone who relies upon the information contained in this article.