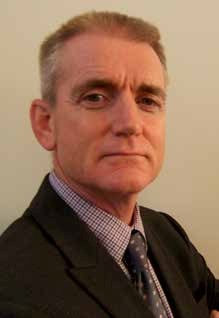 Is the current fixation with the prevention of falling from heights money well spent on residential projects?

There is no question that health and safety on construction sites is highly important, and risk should be minimised wherever practicably possible. However, there is a point where punitive measures reach a tipping point as to the cost benefit they produce.

The current obsession the authorities have with trying to prevent falls from heights on residential projects is costing the nation dearly, both financially and in lost productivity.

Housing affordability is currently a major factor facing home owners, and it’s logical to think that any measure increasing the cost of housing would be carefully analysed and justified before it was imposed.

However, those in the industry know that this is not the case, with countless and often needless changes being incrementally imposed with scant regard to the cost implications.

I have been told the cost of falls on construction sites is about $24 million per annum. Yet when you ask for the supporting facts and evidence, and what the cost of the extra measures are, or even for a cost-benefit analysis, the answers provided by the authorities are very vague or non-existent.

There appear to be precious little facts available to justify the extent of the current regime. Conservatively, the cost to the consumer of the current approach is approximately $15,000 per dwelling (excluding the consumer’s additional holding costs) — or about $300 million in total, each and every year. So my question is: Is this money well spent, making a measurable difference and returning value?

I liken it to earthquake risk buildings — should every building below 100% be either demolished or strengthened? I doubt it. You can’t eliminate all risk, and it would not be economically viable, but there is a pragmatic level that is justified.

The same goes for road safety — should we reduce the road toll by lowering the speed limit to 30km/h and putting median barriers and pedestrian handrails on every road? These measures would certainly have an impact, but at what cost?

We currently have a small army of safety inspectors roaming around the country dishing out instant fines and prosecution notices to builders who have not fully scaffolded a single-level dwelling, or installed fall nets before roof trusses are installed.

One of our contractors incurred an instant $1800 fine from an inspector, purportedly for some activity spotted at a right angle view from 250m away, while the Inspector was driving at 100km/h on State Highway One.

As it transpires, the inspector was wrong and his claims were out of order, but he seemed to take some pleasure in stating “I am pinging you for this”. The contractor in question was livid, but his only option in defence was to go to court to explain the farce.

He took the pragmatic but personally bitter option and paid the fine, but he should have exposed this mindless action in court.

It has reached the point where a tradesman can’t even stand on a saw stool without the fear of getting an instant fine or threat of prosecution. I have also heard of inspectors shutting down sites because a handrail was 100mm too low. When inspectors are challenged, they say their job is to make sure everyone is working safely, but when asked what the actual requirements are, their response is somewhat ambiguous.

Essentially, it’s up to us to determine the requirements from the guidelines and for them to enforce. This seems particularly unhelpful and somewhat bizarre, particularly given the inconsistencies in the interpretation and enforcement of the guidelines, not only between inspectors, but also regions. Compliance is a vague and moving target.

I recently attended a seminar conducted by an internationally-renowned authority on efficient, best practice, residential building methods. He was dumbfounded by the approach taken by our authorities and their fixation on policing single-level dwellings for falls. He very much doubted the extra cost and time delays being imposed were warranted.

After meeting with some builders operating in Sydney and discussing the requirements for fall protection there, I was met with a similar incredulous response.

It seems the authorities in New South Wales have taken a much more practical and pragmatic approach. If you are building a single-level home with a gable end, then it needs a scaffold. Two-storey dwellings need to be scaffolded, and there is no requirement for fall nets.

These safety requirements are exactly what you would expect to be present on a safe and efficient construction site. I would add further that if edge protection was fitted after the erecting of roof trusses, that would be the best return on safety and investment.

The rest of the current measures should be relegated to the tried but impractical bin. It’s not clear where New Zealand’s requirements have come from, or if the authors of them have ever visited a site to experience the outcome of what they have imposed.

It almost smacks of people creating jobs and a supporting industry for themselves, and I strongly suggest the authors of the current regime spend a few days on site to experience it for themselves. There’s no doubt in my mind that practical and wholesale changes would follow as a result.

Feedback from tradesmen is that fall nets and scaffolding installed on a single level home prior to trusses do not improve safety or efficiency on site. They hinder the efficient transfer of material around the site, make it very difficult to install windows, force work that was traditionally and safely done from below the trusses to be done from above, and at height.

Work flow is delayed, sometimes for days, while waiting for contractors to install the scaffolding and nets, resulting in extra costs for the building project, which are inevitably passed on to the home owner.

Construction typically takes three weeks longer under the new measures, and the whole industry is put under further pressure when productivity needs to be ramped up to meet demand.

There is no uncertainty that falls on site cause harm, and they need to be limited to a practical minimum. However, I suggest an urgent rethink to the current flawed and impractical approach, including a factual cost-benefit analysis and engagement with industry to develop cost-effective, practical solutions — the ultimate outcome being safer workplaces with a more affordable product for the end user.

It is highly questionable that the current regime produces either.

This article contains the author’s opinion only, and is not necessarily the opinion of the Registered Master Builders Association, its chief executive or staff.