Home Latest News What is the definition of ‘building work’? 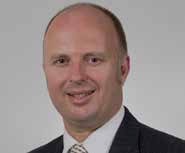 This article examines a recent High Court decision (GPE Holdings Ltd v Tile ‘N’ Style Ltd v Ors [2014] NZHC 802) in which the High Court was required to consider (on appeal), whether a representation made by a building products supplier fell within the definition of “building work”, in relation to determining the limitation period of the claim.

This claim before the High Court was an appeal of a decision in the District Court. The appellant, being GPE Holdings Ltd (GPE) was a property developer.

The units in the Greta Point, Wellington, complex to which the appeal relates were completed between January 31, 2001, and June 29, 2001. The proceedings in relation to this appeal commenced on April 21, 2011.

BASF New Zealand Ltd (BASF), being the third respondent in this subject proceeding, imported and distributed building products. In or around 2000, GPE was approached by BASF for the purposes of convincing GPE to use its product (namely HLM 5000) instead of Butynol (which had been specified in the plans for the complex at the time BASF approached GPE) on the decks and roofs of the complex.

BASF represented (among the other representations) that its product could be used as a waterproof sealant on decks that were to be constructed on the outside of each apartment unit of the complex, which were found to be misrepresentations.

In the alternative, if those representations were not considered to be in connection to “building work”, then the 10-year time limit in section 393(2) of the Act would not apply.

The issue of appeal was whether the representations made by BASF fell within the definition of “building work” in section 7 of the Building Act 2004 (“the Act”).

If the representations made by BASF were “building work”, then GPE’s proceedings against BASF would be barred by the 10-year time limit set out in section 393(2) of the Act.

What is “building work”?

Section 7 of the Act:

It was held that the words “in connection with” have a wide meaning requiring merely a link or relationship between one thing (A) and another (B). Applying that concept to the current case, in order for the work (A) to be connected with the construction, alteration, demolition or removal of a building (B), BASF performing (A) must have had (B) in mind. This means that at the very least, that plans and designs for the construction of (B) have to be in existence.

Policies underpinning and the purpose of the definition

Justice Collins noted that Parliament intended that the acts or omissions of those involved in all phases of the construction of buildings would be protected from civil liability if proceedings were commenced 10 years after the act or omission in question.

That objective was achieved by ensuring the definition of building work was broad, and covered all work in connection with the construction, alterations, demolition or removal of a building.

Context in which BASF made the representations

It should be noted that the question as to what is “building work” within the meaning of section 7 of the Act is dependent on the facts.

In this case, the context in which BASF made its representations involved buildings which had been planned or designed. At least one unit had been completed and a deck had been constructed to “flood test” BASF’s product.

As a result, Justice Collins held that BASF’s representations were work in connection with the construction of a building and, thus, fell within the definition of “building work”.

This meant that the 10-year limitation period applied. Accordingly, the claim as against BASF could not be pursued because it was out of time.

This decision illustrates the point that representations made in connection with the construction, alteration, demolition or removal of a building which had been planned or designed are likely to fall within the definition of “building work” under section 7 of the Act — which would trigger the 10-year time limit in section 393(2) of the Act.