Home Latest News Story time, in a land quite close to here . . . 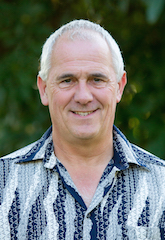 It all happens in a land far, far, far away — well, they wished it did but, alas, no. It happens all over New Zealand.

Two blokes meet, maybe at school, maybe in the pub, maybe during their apprenticeship. Wherever it is, they become best buddies. They think the boss is a, well, a little substandard, so they decide to go it alone.

Now we have Best Bro’s Builders Limited in the marketplace and looking for work. The boys are happy, their wives get along, all the kids play together merrily, they all go fishing, work is coming in and life looks rosey.

How many of you have your forehead resting on the table now, thinking “those were the days, what went wrong?” Or perhaps “it was all her fault, she . . .” No, she really didn’t. Anyway on with part two.

The lads hate paperwork so one of the girls who has some background in admin gets the job of running the company. Yes, I said running because it’s the paper war that makes or breaks a company, even more so these days with all the red tape being piled up against you.

Life carries on getting better, word gets around the boys are good, the jobs get bigger, the quotes get larger, the toys arrive (new utes, boats etc), the creditors and debtors list grows and, wait for it, cashflow gets tight.

Who wears the brunt of the pressure squeeze? The office girl first, then her man gets it in the ear, then he reluctantly starts on his best mate who, in turn, goes home and moans at his girl — “they’re being really mean to me”. You’re going to love part three.

She loves her man and, no matter what, will stand up for him. So next time she meets the office girl questions are asked. Now office girl doesn’t like to be questioned because in her head she does all the work, and the girl with the questions has done diddly squat for the past five years.

The inevitable happens and sparks fly, the weekend BBQ is cancelled, the invitation to little Mary’s 10th birthday party gets lost in the post and the rot, as they say, has well and truly set in.

This goes on for another 12 months, steadily getting worse, and the company suffers while everyone bickers amongst themselves. The creditors list grows longer as the debtors list shrinks, the pressure builds to boiling point, everybody blames each other, marriages are at breaking point and one day over a very insignificant incident, a $10 parking ticket, the volcano goes pop. Leaving us with part four.

Part four can go down the easy path but usually doesn’t, because nobody will talk to each other. Somebody has to deal with it and, in this case, it is the office girl. And let me tell you, she made everybody aware of the fact that she was left to mop up the mess and deal with closing everything down.

The bombshell hits — they are in a big hole to the tune of $150k, have no cash reserves, the toys are all on the never never, and keeping the family homes now looks shaky.

The creditors are not only knocking at the door, they are emailing, phoning and texting, and some of them are even using LinkedIn and Facebook. There was nowhere to run and hide (you just gotta love the age of mass/social media).

Next came the nuclear bomb blast — “Hello, this is Mavis from the Inland Revenue Department. Can I speak to . . .” Unfortunately, the $150k did not include unpaid GST, PAYE, student loans, Kiwisaver and tax.

All the lads wanted to do was work together, have a laugh and earn some money. Could it have ended differently? You will have to read next month’s Building Today. But to ease the suspense, yes, of course it could.

However, if you can’t wait a month because you are a lad with an upset wife and ex-besty, call Trades Coaching New Zealand NOW, on 09 945 4880.