Home Latest News Our industry is unproductive — truth or myth? 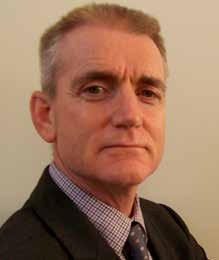 As an industry participant I am both surprised and perplexed by flippant comments I hear that our industry is a poor performer when it comes to productivity.

Anecdotally, it is said that the construction industry is slipping behind, not only against other industries in New Zealand, but with similar industries in comparable countries as well.

So, are we a lazy lot that need to work longer and harder onsite to produce more? I think not, but I do believe we could do things smarter.

Investigative work carried out by the Productivity Partnership will supply some answers, aiming to streamline the way buildings will be designed, monitored and constructed in New Zealand. The main goal of the Partnership is to provide advice which will enable the industry to attain a 20% increase in productivity by 2020.

However, its mandate puzzlingly excluded what I believe is the elephant in the room — that is, the effect that increasing regulation is having on productivity and building costs.

Those in the industry are well aware that the building environment has become a lot tougher to operate in since the 2004 Building Act Review. Consequently, projects take much longer to get underway and complete than before, with increased costs and losses in productivity.

These delays may be able to be justified, and will ideally result in better built buildings. However, to date there has been no factual study to confirm that the compounding regulatory changes are delivering on their original intent.

Are these regulatory changes and resulting increased costs providing affordable solutions for home owners? In other words, are the regulations and cost increases justifiable?

The good news is that a new piece of research is being carried out by BRANZ. Championed by Registered Master Builders and the Construction Strategy Group, it is aptly titled The Impact of Regulation on Housing Affordability, and aims to factually and impartially cover the following points:

The study has the following expected outcomes:

The outcome of this timely study will go a long way to dispel myths about things such as productivity, costs and the possible unintended outcomes of regulation.

I believe this research will have a similarly profound effect as the 2011 PricewaterhouseCoopers report on Valuing the Role of the Construction Industry in the NZ Economy did. Prior to this study, the true size and impact the construction industry has on the overall economy had slipped under the radar for too long, and its importance has now become very apparent.

This excerpt from the PwC report for the first time clearly and authoritatively summarised the importance of the industry:

“Output from the sector dominates New Zealand’s investment, contributing 45% of all Gross Fixed Capital Formation. The sector plays by far the largest role in building New Zealand’s infrastructure stock, which is the foundation of productivity and economic growth.”

What was outlined by PwC is something industry participants have probably instinctively always known, but is now backed up by solid research and investigation, and succinctly summarised in one authoritative step change document.

The jewel in the crown, and the key takeout from the PwC report, is that for every one dollar invested in construction, it generates a total of three dollars in New Zealand’s economic activity.

It’s clear the industry is a big player but, by nature, is fragmented and misunderstood, not only by those operating within it but also by those that could utilise its unique set of drivers to assist the overall growth of the economy and the building environment.

It is also an industry ravaged by the prevailing economic climate, and the severity of yo-yo economic cycles needs to be moderated if we are to have a well-trained and sustainable workforce.

It’s imperative that between the BRANZ study and the Productivity Partnership, matters including how the industry really works, the negative impact of joint and several liability, and the real costs and effects of regulation are identified.

The industry needs to be benchmarked against others, both nationally and internationally, and the resources needed to build New Zealand into the future researched.

The BRANZ study will allow for those associated with regulation to be clearly and impartially researched so a plan can be formulated and, ultimately, a difference can be made.

The industry does need to lift its game, but a meaningful productivity gain is not just about getting the boys to work smarter and harder on site. Significant gains in productivity could be easily made through the following actions:

If we really want change to be effective, then it also needs to be relevant, and packaged up with the tangible benefits that make it readily adopted by Licenced Building Practitioners at the coal face.

Productivity gains may mean long held and entrenched practices are ditched, as the industry and its related service providers reinvent themselves into an efficient force to meet the demands of the modern era.

This will require strong industry leadership and a move away from fragmentation, patch protection and over-the-top risk-averse behaviour. For our industry to prosper, I see its future representation needing to be more unified, stepping away from operating in isolated silos and self interest groups.

I am sure that the BRANZ study into the effects of regulation will identify some low hanging fruit, and it would seem a shame not to be bold and to get some early gains by adopting some of these findings. Time will only tell if these can be readily adopted.

However, given the current Government’s recently announced taskforce on identifying and removing wasteful regulation, the BRANZ report’s findings should have a ready audience.

Two examples of regulatory changes that have impacted productivity in the construction industry are the implementation of the Building Act 2004, with its ongoing cumulative amendments, and the Weathertight Homes Resolution Act.

Although undoubtedly well intentioned, these two Acts have resulted in the industry, along with local authorities, becoming so risk-averse that the words “discretion”, “pragmatic”, “constructive advice” and “innovation” have been removed from its vocabulary.

The last man standing regime is decimating our industry, and has placed control of it, and significant income, into the hands of lawyers, leaky home remediation consultants and insurers.

Words that have now become commonplace within the industry are, “I know it may not be the best solution, or the most productive or economical way for the client, but do it this way because we can’t accept any liability”.

Our regulatory control systems appear to have developed significant processes and added additional layers of bureaucracy that appear to add little value, but that consequently knock productivity and drive increasing costs. The BRANZ study will help identify this is the case.

Unless we understand the drivers that affect productivity and affordability, and make some fundamental changes, our industry is firmly on track to achieve the exact opposite to that intended by the Productivity Partnership, which would mean a 20% reduction in productivity by 2020.

A country with a population no larger than a medium-sized international city should easily be able to deliver an efficient sustainable industry that produces excellent affordable building solutions.

That may ultimately mean wiping the regulatory slate clean and starting again with a clear end game in mind, rather than the current complicated ad hoc layers of change that have developed over time.