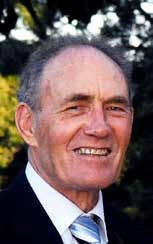 According to the media, today almost anyone can be a star. Appear in a daily soap opera; instant stardom. Read out the weather on television; definite star quality. Win a reality TV talent programme; a star is born.

This is not just a local phenomenon. In today’s global village instant stardom is happening all over the world, from footballers to bit players in the latest TV soap.

To show how the media definition has degraded the original dictionary meaning, the Oxford Dictionary defines a star as: A famous or brilliant performer; the principal or most prominent performer in a play or film.

Our industry is definitely missing out on this new phenomenon and, at the same time, missing out on being seen in a more positive light. But if we are to aspire to stardom we also need to avoid loud, drunken public displays and learn to stick with only one life partner.

There is definitely a potential downside to public recognition of any kind. Social commentator Alain de Botton believes that the urge to be loved by strangers should be treated as a mental illness.

However, we are not talking about strangers here, but potential clients.

I once experienced the star phenomenon, while attending an overseas architects conference, where one of the speakers was described as “possibly the last of the real star-architects”.

Her name was Zaha Mohammad Hadid, of Iraqi-British nationality and a graduate of the American School of Architecture, Beirut.

Renowned for her distinctive, free-form approach to large public building projects, she swept on to the stage at the conference trailed by a gaggle of reporters and photographers.

I don’t recall what her presentation was about, except it involved dramatic videos of her latest design opus. Style over substance? Perhaps, but also a realisation that we were not the audience. Her real audience was much larger and much more influential.

One critic described her approach to design as a fragmented geometry to evoke the chaos of modern life. Now I know where I went wrong.

Becoming a star in our industry is obviously not easy. While not recommending that members of the design and construction industry aim for this modern form of stardom, we do lack a positive public profile — in fact we lack much of a profile at all.

We gain a modest and fleeting amount of public presence following the annual New Zealand Institute of Architects and Registered Master Builders awards, and the occasional mention in the print media and internet if something occurs of vicarious public interest, positive or negative.

On a scale of 1 to 10 in the public recognition stakes, the construction industry currently achieves about a 3.

Our industry publications are fine, but are too inward looking, addressing ourselves rather than the general public.

Alternately are worthy publications focused on technical issues. We have not learned how to talk to the public, except when heading into what might be termed interior design territory.
I spent 15 years writing for magazines. My first article was on toilets, which tells you I originally had a fairly broad brief from a sympathetic editor.

“Sympathetic editor” is usually a contradiction in terms, and I was soon firmly told that my audience was much more likely to be a farmer’s wife in Otaki than a future architectural client.
We need to know what will lead to a positive response from decision makers and potential clients.

Consider our current television presence. It is represented either by a plethora of reality programmes with names like House Rules and The Block, or in the rather pretentious tones of Grand Designs.

The former focuses on having attractive participants racing each other towards a dramatic and messy end result. The latter revels in people trying to turn mad, overblown ideas into their dream home and end up spending months, even years, on the very edge of failure.

Grand Designs also introduces the really annoying usage of verbs as nouns — in particular, phrases like “The build”, “The spend” and “The reveal”.

Now widespread, this twisting of the English language is not important in itself, as all living languages must change as society changes. However, what it does do is add an unfortunately pretentious tone to those using these phrases.

As an example of how to ruin a good idea, an excellent local television production on architects and architecture suffered under the guise of a most unfortunate title — The Art of the Architect. When I saw the listing in the TV guide I could sense our potential markets turning off before even viewing the programme.

In this case, perception is reality, and this rather pompous title concealed a really good, down to earth look at architecturally-designed projects. A lost opportunity in my view.

The approach taken by Master Builders with their annual design awards, echoed by the current crop of TV ads by certain volume builders, is much better, with a focus on client satisfaction and building quality.

This offers the germ of an idea for a more effective approach to moving our industry at least a step closer to star status.

Our industry has many good, positive stories to tell and to sell, overcoming the continuing bad press around now middle-aged issues like leaky buildings.

What we first need to do is determine who our audience is and what they want to hear. I just wish it was that easy.