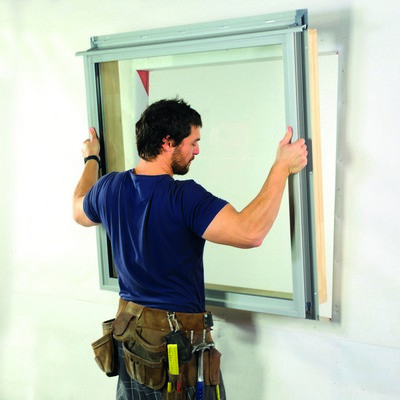 Fletcher Window and Door Systems has developed Smartfit to take the complexity and risk out of window installations.

The changes to the building code in the mid-2000s saw the introduction of as many as six layers of protection within a window opening. While these extra layers were good in principle, the more complexity there is, the harder it is to get it right.

There are also many loose parts that are needed to accompany the window to the site, such as support bars and head flashings and other small components, which make window installation a complex and arduous three-handed process.

Smartfit strips out all the site complexity and brings that extra fiddly work back to the window factory where everything the window needs is fitted to the window itself in a controlled production environment.

Fletcher Window and Door Systems says Smartfit is New Zealand’s fastest way to install windows — up to 90% faster than the status quo. Smartfit will simplify and speed up the way windows are installed and achieve weathertightness around them.

The innovation starts by moving the entire window outside of the wall underlay line, so that the layers of flashing tapes and other protective measures in the opening are no longer required.

The air seal is now completed by taping the window to the wall underlay at the outer wall framing line, so this also removes the need for the messy and time consuming air seals that went around the internal reveals.

The head of the unit is where it is most clever. The head flashing, cavity closer and end dams are now part of the window, and the “top hub” end component provides total water management at this critical joint.

Get the job done quicker