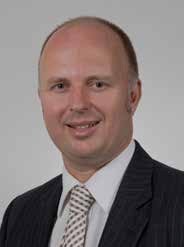 This was an appeal from a High Court decision which declined an application to set aside two statutory demands based on payment claims.

Sol Trustees Ltd (SOL) and Giles Civil Ltd (Giles) were parties to a construction contract. Sol was the principal and Giles was the contractor. The contract terms included the terms in New Zealand Standard 3910:2003 Conditions of Contract for Building and Civil Engineering Construction. Airey Consultants was the engineer to the contract.

The process for certification of progress payments was as follows:

Construction commenced on December 17, 2012. The original scheduled completion date was May 17, 2013. The work was not completed by that date.

The difficulties between the two parties began in October 2013 when Airey Consultants sent a provisional payment certificate to SOL in the sum of $565,366.

By email, SOL asserted the claim was disputed. It also prepared a spreadsheet which itemised the costs SOL had incurred as a result of delays. The total loss attributed to the delayed completion was $1,121,747.

A meeting took place as between SOL, Giles and Airey Consultants as to this provisional payment certificate. No resolution was reached although subsequent to it, SOL paid Giles $250,000.

Payment claim 11 was subsequently issued by Giles for the sum of $365,520.32. Once again SOL advised that the claim was disputed and subject to be offset by the liquidated damages claim under the contract.

Payment claim 12 was then submitted. SOL notified the parties in a short email that it disputed Payment Claim 12.

Payment claims 13 and 14 were submitted, and nothing more than a short form response was received, stating that the amounts claimed were disputed. Two separate statutory demands were issued in respect of the amounts sought in the payment claims.

The issue before the High Court was whether, in fact, SOL had issued valid payment schedules within the requisite time frame. The High Court ruled that neither the spreadsheet nor the emails sent in reply were sufficient to be called payment schedules for the purposes of the Act. There was no basis to set aside the statutory demands.

The Court of Appeal (with three judges sitting) made use of the findings within the decisions of George Developments Ltd v Canam Construction Ltd, as well as Marsden Villas Ltd v Wooding Construction Ltd.

Whilst the Court of Appeal agreed that technical quibbles should not be allowed to vitiate a payment claim or a payment schedule, the issue at stake on appeal was whether the documents SOL relied upon substantially complied with the payment schedule requirements.

The Court of Appeal held that it is clearly insufficient to simply assert that an amount claimed is disputed, which is as far as SOL’s email responses to the payment claims went.

SOL’s attempt to incorporate the earlier spreadsheet as part of its payment schedule also did not assist as it did not qualify as a payment schedule. At best, it was SOL’s calculation of a potential counterclaim or set off for delay.

It also held that the claim set out did not fall within the limited circumstances set out in section 79 of the Construction Contracts Act 2002 where a set off/counterclaim might defeat proceedings brought for an unresponded to payment claim, namely:

The High Court decision refusing to set aside the statutory demands was upheld.