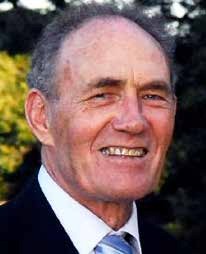 Is there an unwritten convention that large shopping centres have to be unattractive? I couldn’t name even one such centre that looks like anything other than a collection of mismatched, uninspiring sheds.

The buildings often have the cheapest possible form of cladding with little attempt to consider the overall effect on the arriving customer, or the passer-by of what can be a massive building.

The contrast between the prosaic exterior appearance of such centres and the usually glitzy and glamorous interior can be striking and somewhat disconcerting.

Perhaps it’s a sort of mundane version of what American architect Frank Lloyd Wright did.

He would ensure that the entrance to a home was kept small and so low key that visitors were surprised and delighted when the grand form of the living area was finally revealed.

The word “iconic” is being used by Sky City and sundry politicians to describe the expected appearance of the international-quality conference centre planned for Auckland City.

Arguably there are only two buildings — the Taj Mahal and the Sydney Opera House — that can truly be described as iconic in an international sense.

To this you might add two other structures — the Eiffel Tower in Paris and the Statue of Liberty in New York — as offering a similar level of recognition and desirability to the city and country concerned.

All four icons add billions of dollars to their country’s tourism industries, while also marking these cities out as centres of importance and quality.

I’m finding it hard to imagine that what appears to be a rather lumpen mass of a conference centre on the hard-edged fringe of the Auckland CBD has the potential to become accepted internationally as iconic.

Perhaps those using this description were being ironic, or hoping that by giving it a flash title people would overlook the total lack of robust justification for anyone spending over $400 million on building it.

At a rough count I have attended 20 conferences, some locally but most internationally, over the 10 years from 2000 to 2010. These ranged in size and location from 6000 attendees in Istanbul to 100 to 500 attendees in Auckland.

None of these 20 international conferences required the added and unlikely appeal of being held in an iconic building to attract delegates. And none required the slightly grubby attraction of an adjoining casino to close the deal.

The one conference I organised myself was in Auckland. The main feedback I received from those attending from the USA and Europe was:

“Auckland sure is a long way from anywhere!”

The fact that New Zealand is located at the bottom of the world and some 30 hours of travel time from Europe and 12 to 18 hours from the US is a critical issue. Comparisons with Australia are unhelpful as Australia has a large internal market — 25+ million versus 4.5 million — to help support conference centres in major Australian cities.

Our local market would be hard put to justify 1000 delegates for a local conference, let alone the 3000 to 5000 capacity planned for the Sky City centre.

The concept of virtual conferencing is something that will, over time, reduce the need for very large conference centres. While face-to-face meetings between delegates are still a strong reason for attendance, it is likely that the number of virtual attendees to a conference will increase, and the number of physical attendees reduce in future years.

This works both ways. The cost of attracting and paying for overseas speakers can be significant, while having them attend virtually reduces costs and, therefore, reduces attendance fees.

And for companies to send multiple attendees to more distant conferences, the cost and time loss can be considerable.

The Sky City deal is about getting a conference centre for Auckland at no apparent capital cost to ratepayers and tax payers.

Even if this is achieved, the indirect costs will be considerable. Auckland will, as a result, have an even larger casino, with an assured license through to 2048, and with even greater social fallout than is currently experienced.

Auckland ratepayers will also have to bail out what is likely to become an expensive, under-used white elephant — even if it is an iconic white elephant.

I see that an off-site residential house manufacturer is in receivership. Last year I wrote about how our house building industry was yet to seriously investigate the pros and cons of such a venture. However I also noted that:

There is also what futurists call the adjacent possible principle, which is that what might, in principle, appear to be a good idea may simply be before its time. Still, it’s sad to see such a good idea struggle to achieve its aims.