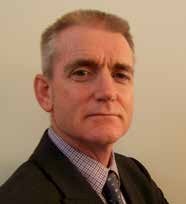 Bringing the cost of construction down will require a regulatory re-think, fewer bespoke homes and a look at product competition.

We often hear the glib lines that our industry is unproductive, and that it is expensive to build in New Zealand. There may be an element of truth to both of these statements, but when you scratch below the surface some very obvious causes come to the fore.

A recent study by BRANZ, titled The impact of regulation on housing affordability, is an enlightening document that factually sets out what most of us have instinctively known for many years. That is, that excessive regulation can be a major driver to productivity loss and increased cost.

Cost of providing housing is soaring

This is possibly the first time that the effects of regulation and its implementation have been put under the spotlight, and the results should be heeded and used as a basis for further study and much-needed change.

The cost of providing housing is soaring. In the past 15 years the cost of delivering a standardised new house has risen 110%, compared with the overall cost of living rising only of 44%. Much of this extra cost is to do with the compounding effects of layers of regulation.

We also appear to have a materials manufacturing and supply chain tilted towards protecting the status quo over innovation, and that also seems very adept at closing ranks to stop competition from gaining a foothold.

These may well be bold statements but I strongly recommend you read the BRANZ study, and see the massive dollar impact regulation has on the average home for yourself.

It’s frightening to see the cost to the consumer over the lifetime of their mortgage. Find the report at www.buildingtoday.co.nz/NewsItem.aspx?id=516

Layer upon layer of compounding regulatory change has now reached a tipping point, such that the system is becoming moribund with process and risk-averse behaviour. Many local authorities are literally strangling progress on projects with excessive Requests For Information, inspections, re-inspections and regimented administration processes.

This behaviour will, unfortunately, never change until the law makers address the rules that make the last man standing responsible for every building fault, regardless of whether they caused them or not.

As it stands, the system is near on broken, and needs an urgent and pragmatic overhaul from top to bottom.

The regulators should start with a clear objective of what New Zealand actually needs to produce the buildings and homes it needs, and design a consultative system that is efficient and cost-effective, and addresses the joint and several liability rules that have hobbled the current system.

I would hazard a guess that none of the current regulations, including the latest misguided falling from heights programme, have ever been subject to a robust and accurate cost-benefit analysis. No doubt the regulations are all well-intentioned, but do they actually deliver and work effectively?And, above all, are they collectively affordable?

There are some big questions to be answered, and I don’t think the answers are currently available. In the words of the late Sir Peter Blake, “if it doesn’t make the boat go faster, don’t do it”. And this is the attitude we should adopt when considering new regulation and changes to the code.

It is all very well politicians saying that housing is unaffordable and the industry is unproductive, but the controlling drivers and regulation need to be addressed if they want a productive industry and resulting affordable housing.

My challenge is for them to stop talking about it and make a difference, grab the nettle, be bold and start again, based on the right fundamentals.
The industry can also play its part by fixing some long entrenched behaviour, which also has an effect on productivity and costs.

If we want more affordable housing we need to move away from bespoke homes and construction, use more standardised designs, detailing and products to name but a few — such as industry-standard window configurations and pre-manufactured, one-piece aluminium downpipes — and step up the use of off-site prefabricated construction which will invariably lead to a two-tier construction market.

This is not uncommon overseas, but it does mean the mass consumer has more affordable housing, but less choice.

In places like Australia, the UK and the US you can have a standard home at one price point, and a bespoke home at a higher price. In New Zealand we tend to mainly build bespoke homes, and we condition the consumer, rightly or wrongly, to naively dictate what they want.

As builders, we allow this because we create a market that lets the client have their home their way. I am sure if we developed some scale of construction over standard detailing and pointed out to clients that it is 20% more expensive to build bespoke homes, buying attitudes would rapidly change.

We used to construct affordable homes this way in the 1970s, but that market, although far from satisfied, has all but disappeared. Land prices currently make it uneconomic to build smaller affordable housing and, hence, there is a segment of the market totally uncatered for.

The current model of clients having a unique larger home is not financially sustainable, and will become an ever-decreasing market as they struggle to afford them, and as the demographic structure of an aging population kicks in.

Another area that arguably holds the industry back on productivity and cost is a materials manufacturing and supply chain that appears conditioned towards protecting the status quo over innovation and new product.

They also appear to have become very adept at closing ranks to stop competition from gaining a foothold.

You can have some sympathy for local manufacturers who are producing for what can be described as a small market by international standards.

However, they appear to have been particularly clever in controlling the supply chains in order to deter newcomers, or temporarily adjusting price bands down to make it commercially unviable for new product or imported product to get established.

Now these might be very astute bonafide business practices, but are they in the best interests of the industry and the consumer long term by limiting choice and competition?

All things considered, It may be that paying extra to preserve local manufacturing capabilities might be in the best interests of the economy, but I am not sure if those discussions or feasibilities have been carried out or tested.

However, I believe if we are serious about making housing affordable then a look at how the market controls and deals with product innovation, along with competition, should also be part of the housing affordability equation.

Unless a holistic view is taken, and each layer assessed for its value and effectiveness, productivity will continue to decrease with every new regulatory twitch, along with costs increasing.

Without a fundamental change in how we regulate and construct, the current model will continue to escalate beyond the financial resources of the average consumer.

It doesn’t need to be this way. Construction of homes is a relatively simple process, and we have inadvertently managed to make it very bureaucratic, unnecessarily technically complex and correspondingly expensive.

It is now time for a re-think if we are truly serious about improving productivity and housing affordability.