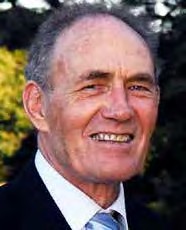 Considering a few of the really bad ideas that happened in our industry, the use of lead in paints and plumbing pipes and using asbestos for insulation would probably head the list.

Not that we’ve learned our lesson, as many modern products, even lipsticks and cosmetics, still contain small amounts of lead.

Outside our industry, the phrase “mad as a hatter” was derived from the fact that mercury nitrate was used in the production of felt, and seriously affected the health of millinery workers.

I’m not sure if I should admit that my father was in the millinery trade, although I don’t think he ever actually made a hat himself.

He was the main developer of teraethylead (TEC) as an additive in petrol and, later, for inventing chlorofluorocarbons (CFC) used as a refrigerant and as a propellant in spray can products.

The products were given suitably anodyne names like Ethyl and Freon to disguise their dubious chemical origins. Tellingly, Midgley suffered for some time from lead poisoning. But even this failed to raise concerns that perhaps his products might be dangerous to humans and the environment.

On a more superficial level, I would include both Musak and those dreadful vertical blinds — both products of the 1970s — on the top of my “unfortunate ideas” list.

A bit closer to home, and much more seriously, the advent of face-sealed claddings in the 1990s is still haunting industry members and home owners today.

However, it has been very good for whoever developed the enormous shrink-wrapped covers used to protect buildings during the recladding process.

A bit like the now wealthy scaffolding companies who give thanks every week to the new, more stringent Health and Safety guidelines. A case of good news out of a bad situation.

Perhaps my most memorable experience of a really bad idea was when a client’s property manager was sold a load of high-quality carpet at what was supposedly a very good price.

Unfortunately, the rolling, multi-coloured pattern made the staff literally seasick. The carpet was hastily replaced, and the remaining stock sold off cheaply to some unsuspecting purchaser.

And a case of an apparently bad idea finally coming good was the introduction of synthetic carpet tiles into New Zealand.

I suspect a lot of the initial bad press came from manufacturers of woven, wool carpet who saw this interloper from the US as bad news for the sale of their own products.

Over time, a combination of cost, convenience, some bad business decisions among woven carpet manufacturers and the ubiquitous chair castor, has led to the virtual demise of traditionally-laid wool carpet on rubber underlay.

Possibly the worst thing that ever happened to the construction industry was a realisation by commercial organisations that they didn’t want or need to be in the property business.

Banks, insurance companies and most commercial organisations needing commercial premises realised that leasing was preferable to ownership, as it offered flexibility and didn’t tie up capital. And purpose-designed buildings did not hold their value to the same extent as multi-purpose structures.

I can recall asking one of my major company clients what standard they wanted me to aim for in the selection of materials and services for their new purpose-designed building. Their answer has stuck with me: “What’s wrong with the best?”

I find it very hard to imagine a developer or investor giving the same response to their design-build team. And who can blame them, as the whole emphasis of our performance-based building code is on minimum requirements, with little consideration to long-term quality or long-term economic benefit to client, building user, or the environment.

As a recent industry commentator said: “The industry sorely needs to be led by those who add value and not by those who just make it work.”
The growing influence of government agencies involved in managing the construction industry is of similar concern, as they tend to display little interest in the broader social importance of the built environment.

Next time you experience a well-designed and constructed building or developed site area, ask yourself how much you enjoyed the positive physical and visual stimulus.

It’s similar to the experience of driving a really well designed and built car, versus an off-the-shelf, adequate, but hardly exciting standard vehicle. Quality does create a positive response.

I have been receiving regular energy use reports from my energy supplier, headlined as the Good Energy Monitor (GEM). This so-called gem is nonsensical and provides no useful or usable data. For example it compares my apparently “great” energy performance to an “efficient similar home”.

However, the company has no information on how well or badly insulated our home is, or even the number of people living there. It also overlooks the fact that more than half our energy, gas versus electricity, comes from another provider.

Among the less than useful advice the report offers is to reduce our hot water temperature to 65°, overlooking the fact that we have a continuous flow gas system, set at 55°.

No wonder most people are less than interested in taking advantage of real energy savings when the advice being given by providers is so poor.